Liverpool FC has signed a contract to officially establish its new Supporters Board and held an inaugural meeting with the 16 representatives of the Board.

This historic moment is a step change between the club and fans. It is a legally binding commitment from Liverpool FC to structure strategic engagement with supporters, strengthen dialogue and increase fan involvement in decision-making processes, all of which is integral in future-proofing the club.

Back in December 2021, Liverpool announced the intention to launch an industry-leading Supporters Board following extensive consultation with representatives of Spirit of Shankly (SOS), the club’s official supporters trust. The commitment to engage with fans will be enshrined in the club’s Articles of Association.

Liverpool have committed to consult and engage with fans on key strategic issues such as matchday experience, ticketing arrangements and to give fans consent over two heritage items.

The Supporters Board representatives are obliged to represent everyone within the club’s diverse fan base in this engagement process and have been elected from organised Liverpool FC fan groups. 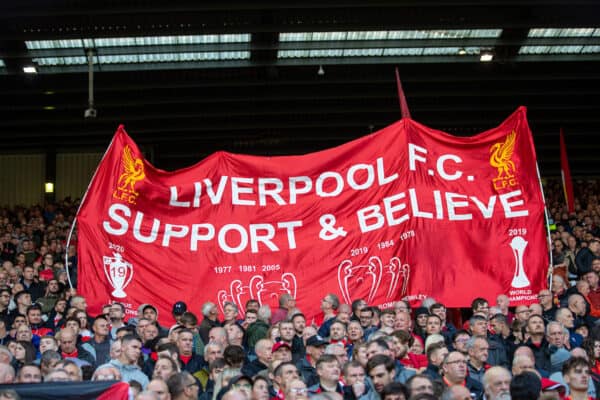 The 16 members of the inaugural Liverpool Football Club Supporters Board are:

Following a vote by all 16 members, Joe Blott has been elected as Chairperson. A Vice-Chairperson will be elected in the coming weeks.

Each representative will sign a code of conduct and complete a familiarisation programme to help them gain a deeper understanding of how the club operates in areas that will be critical to ongoing conversations. This means they will be able to discuss truly meaningful strategic issues with the club. 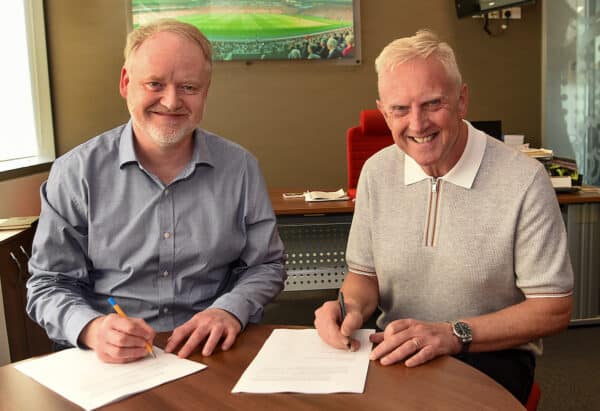 Andy Hughes, Liverpool FC’s Managing Director, said: “This is an important day in the club’s history and is of huge strategic importance. We are proud of the work that has gone in to make this happen and we thank Spirit of Shankly and Joe Blott for their support in working with us to reach today’s milestone.

“In our first meeting we were able to outline our objectives and purpose and meet each representative. It’s important to us that we have engagement with our fans and that they can input into important strategic matters, having the Supporters’ Board means we put a process in place that is more formal but in a meaningful way.”

Joe Blott, newly appointed Chair of the LFC Supporters Board, added: “As Bill Shankly said, ‘I’ve drummed it into our players time and again that they are privileged to play for you.’ So, for me it is a real privilege to speak on behalf of, and up for, Liverpool fans everywhere and I for one do not take this role lightly.

“We are moving into a new era of engagement with our club and I am really looking forward to working even more closely alongside partners and affiliates. This is historical, ground-breaking work, a step into the unknown but one I truly believe will be a benefit to our current fans but more importantly, a legacy for future generations.

“No other set of Premier League fans, possibly no other football fans have the opportunity we now have, we need to seize the moment. Our board of 16 volunteers is fantastic, with a huge array of skills, knowledge, and experience, all determined to work with LFC to improve supporter engagement.

“This opportunity should be one of optimism for the Supporters Board and LFC supporters in general, and we need to capitalise on the new model.”

The Supporters Board will meet four times per year with executives and senior club staff to discuss strategic club issues and provide an open dialogue between club and supporters. The Chair and Vice Chair will also meet with the Board of Directors annually.

This evolution of fan engagement is ahead of the forthcoming fan-led review, further details of which are expected to be released soon from the UK Government.

The existing fan forum’s structure will be reshaped in consultation with the Supporters Board and will have a primary focus on tactical discussions about ticketing, matchday experience, and equality, diversity, and inclusion.

This will ensure operational issues and ‘day to day’ matters continue to be discussed by club officials and supporters with tactical collaborative working. When appropriate, these matters will also be represented at Supporters’ Board level.