Lewandowski to Blackburn, Messi Playing for Spain and More 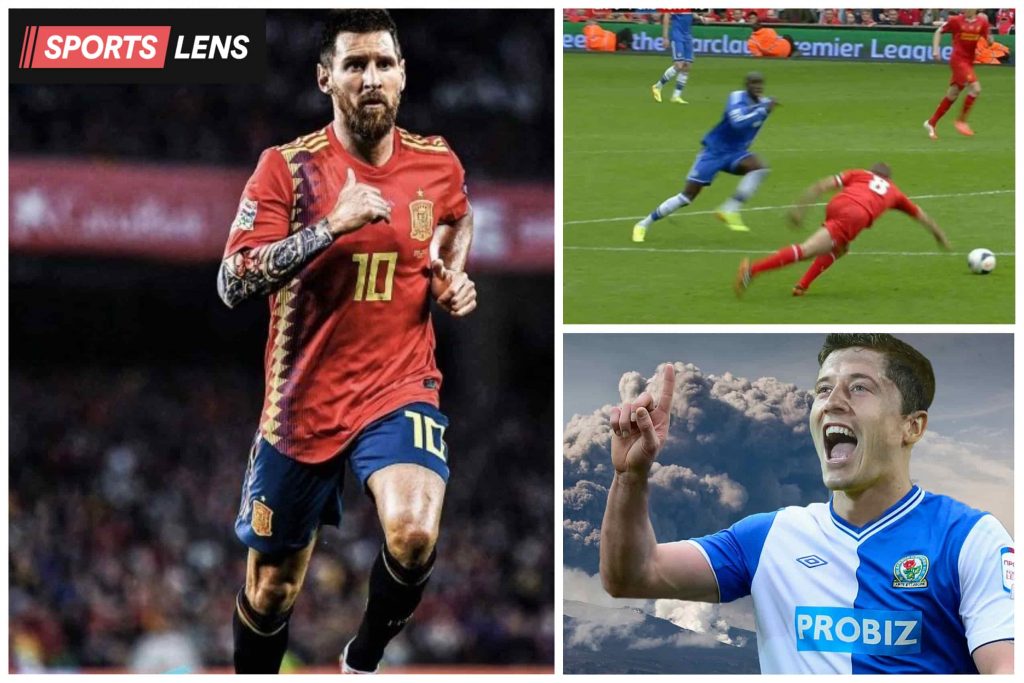 Football, and indeed many sports for that matter, are defined by fleeting moments in time, split-second decisions and era-defining calls that have a bearing on history itself.

I’m sure many of our readers have pondered about some of football’s biggest ‘what-ifs’, whether it be a controversial on-field decision or an oh-so-nearly transfer to your favourite team, we are taking a look at some of the pivotal moments in the sport’s history that could well have changed the tapestry of football as we know it.

Emerging on the scene three years after Lionel Messi, Barcelona couldn’t quite believe their luck as another once-in-a-generation talent passed through La Masia. It is widely reported that Bojan scored over 900 goals for various youth teams having joined the club as an eight-year-old.

Slight in build with mesmerising pace, quick feet and an inherent knack for finding the net, Bojan was strikingly similar to Messi, who he surpassed as the youngest player to feature for the club 19 days after turning 17.

Bojan Krkic could have conquered the world 😢pic.twitter.com/0PGuPZhbrw

While comparisons between the two were unavoidable, this was ultimately the cause of his downfall as the pressure of expectation weighed heavy, causing the teenager to experience anxiety and mental health issues which had an adverse affect on his performances.

Had his career continued on an upward trajectory, there is no doubt he would be among the greatest strikers of this generation.

Now 31, he plys his trade in Japan with Vissel Kobe alongside former Blaugrana teammate Andres Iniesta.

Rewind to January 2010, the Icelandic volcano Grimsvotn erupts sending a monumental ash cloud sweeping through the skies of Europe, which brings commercial aviation to a halt.

This includes a scheduled flight on which now-Barcelona striker Robert Lewandowski was supposed to board, that was headed for England in order for the Pole to secure a move to Sam Allardyce’s Blackburn Rovers.

Widely regarded as one of the greatest marksman in world football, he would eventually make the switch from Poznan to Borussia Dortmund, leading him on a path to Bayern Munich where he would win eight Bundesliga titles and a Champions League, as well as register 344 goals in 375 games.

Who knows, maybe a young Lewandowski would have lifted the Riversiders to their former title-winning glory.

For every Liverpool fan, the 27th April 2014 was a dagger in their hearts, but none more so than for club captain Steven Gerrard.

A return to the glory days, a first title in 24 years…these were the thoughts racing through every Reds fan’s mind ahead of their clash with Chelsea at Anfield.

With 35 games played, Brendan Rodgers’ Liverpool were at the summit with 80 points, Manchester City trailed them by three and Chelsea were third with 75. 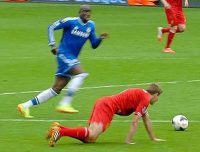 Fast-forward to the dying embers of the second half, Mamadou Sakho’s simple five-yard pass never reaches its intended target as Gerrard slips, allowing the on-rushing Demba Ba to pounce and slot home what turned out to be the first of two goals for the Blues.

City would go on to win the title that year, and Gerrard’s perfect send-off as a Premier League winning captain would never come.

It is also interesting to note other possible outcomes, such as the rise in Brendan Rodgers’ stock as a title-winning manager, a possible long-term career at Liverpool for Raheem Sterling, as well as whether Liverpool’s now-Champions League and Premier League winning manager Jurgen Klopp would ever have made the switch to Merseyside.

Despite leading Argentina to a World Cup final back in 2014, Lionel Messi’s international career may well have been far more fruitful had he chosen to represent Spain.

That’s right, arguably the greatest player to ever grace a football pitch was eligible to represent La Roja who he qualified for due to a Catalan great grandfather, born in Balaguer, Spain.

Despite being born and raised in his native Argentina in the city of Rosario, Messi has spent the majority of his life living in Spain having relocated at the age of 13. Regardless, the seven-time Ballon D’or winner swore fealty to La Albiceleste from a young age, citing the passion he felt for his nation and the joy he used to get watching replays of the great team of 1986.

During Messi’s playing career Spain became the most successful international team of all time, winning two European Championships as well as a World Cup, in which many of his Barcelona teammates featured.

There is no doubt the majestical Argentine would have only added to their unprecedented success, and may well have pushed them on to secure further trophies.

The year is 2008, Barcelona manager Frank Rijkaard has just been sacked after a hugely underwhelming season, further compounded by a crushing defeat at the Bernabeau to champions Real Madrid.

With the Blaugrana hierarchy keen to find an adequate replacement, Jose Mourinho decided to throw his own hat into the ring having been axed by Chelsea in his emphatic first stint in west London. The self-confessed ‘Special One’ was Bobby Robson’s translator during the Englishman’s stint as manager in Catalonia, and knew the club well.

The enigmatic Portuguese even prepared a presentation in which he delved deep into the current squad, individual player roles and how he would attempt to improve them after a difficult end to Rijkaard’s reign.

If it hadn’t been for former legend and manager Johan Cruyff, Mourinho would have almost certainly been appointed. Instead, the Dutchman urged president Joan Laporta to look at former captain Pep Guardiola, who was the Barcelona B coach at the time. As we all know, this appointment turned out to be a shrewd one as the Spaniard led them to a historic treble in his debut season as manager.

Mourinho would eventually make the move to Spain, instead taking over at Real Madrid where he would form a bitter public feud with Guardiola, resulting in one of the most toxic on-field rivalries in recent history. There is no doubt Mourinho would have also been a success at Barcelona, but Guardiola elevated that team, and more importantly Lionel Messi, to a level rarely ever witnessed.

‘Il Fenomeno’. R9. One of the most feared strikers ever to grace the pitch, but also a career blighted by injury.

It is testament to his quality that despite suffering the majority of his career with a serious knee injury, the Brazilian is still regarded among the goalscoring greats.

Two World Cups, two Copa Americas, countless trophies at club level with the likes of Barcelona, Inter Milan and Real Madrid, as well as two Ballon D’ors, there is no doubting Ronaldo had an incredibly fruitful career. 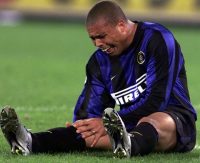 However, a horrific injury sustained in November of 1999 massively hampered his abilities. While he would go on to win a World Cup and several club trophies, his frightening speed, elasticity on the ball and peerless power was never quite recaptured.

While Lionel Messi and Cristiano Ronaldo have had astonishing career trajectories that have see both record breaking statistics and mind-blowing longevity, we question whether Ronaldo would be regarded as the greatest of all time had he maintained his devastating form from earlier in his career.

The arrival of Roman Abramovich in English football triggered a seismic shift in club ownership, which has seen the Premier League’s stock skyrocket into the incomprehensibly lucrative marketing behemoth we see today.

Luckily for Chelsea, they were the beneficiaries of Abramovich’s endless supply of oil money, thus setting in motion a 20-year period of success which oversaw five Premier League titles and a Champions League.

It may well have been a vastly different story however, as the Russian also registered interest in Tottenham while shopping for his next investment back in 2003.

“Abramovich’s right-hand man rang me. He wants to buy a club in London. Spurs or Chelsea? I said, ‘What does he want to do?’ He said he wants to win. I said, ‘So buy Chelsea. You have to change half the team. Tottenham you have to change the whole team.’”

Chelsea may never have seen success arrive at Stamford Bridge, while Spurs’ dismal recent history would almost certainly have been flipped on its head with substantial investment, bringing an end to a first league title since 1961.