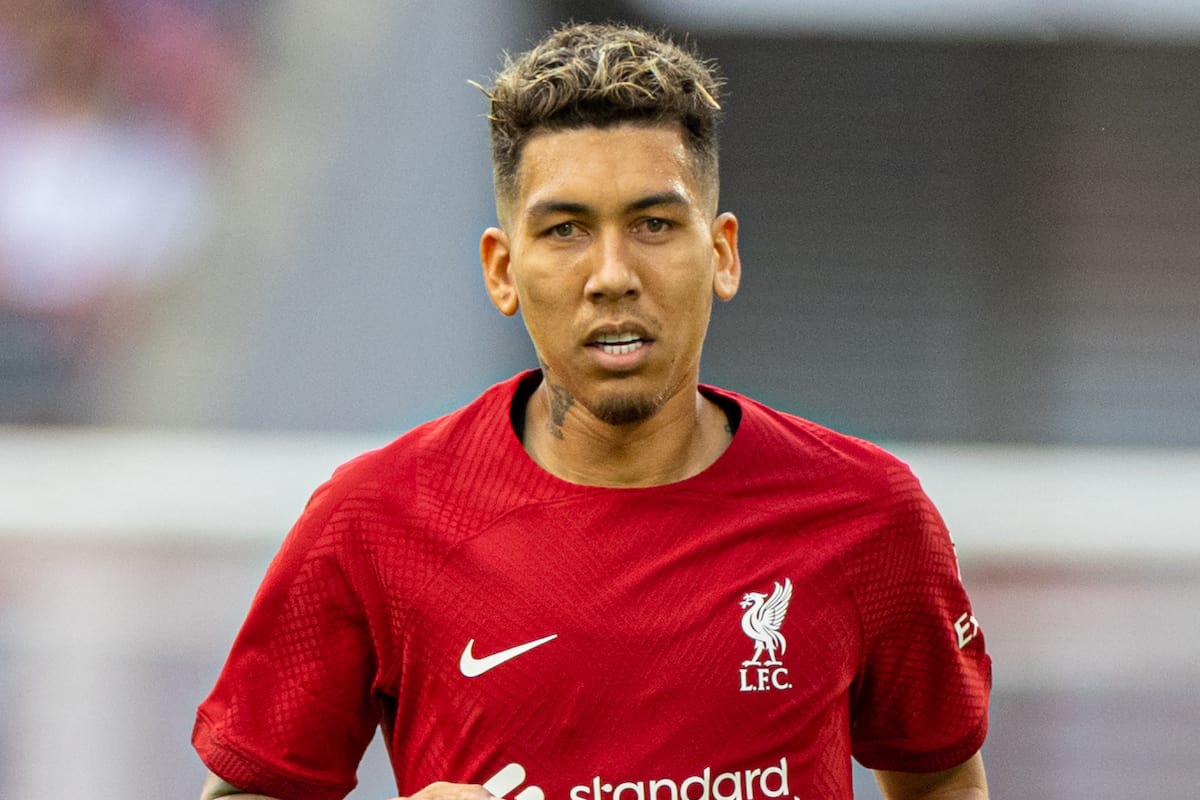 Jurgen Klopp expects Roberto Firmino to be back in the training mix later this week, a welcome boost after a “really difficult” few days with injuries.

The Reds’ injury list is one you do not want to look at for too long with names seemingly added with worrying speed.

For the visit of Crystal Palace, the manager had to make four enforced changes, with Joel Matip, Jordan Henderson, Thiago and Firmino all dropping out of the XI.

Only the captain would feature in the 1-1 draw at Anfield after a fitness issue meant he could not feature for the whole 90, with Firmino left out entirely as a precaution.

And Klopp offered a more positive update on the No. 9 to Viaplay after telling other media outlets that he “might be ready” for Monday’s trip to Old Trafford.

“Bobby was not enough in the end but will be fine probably from Wednesday on,” Klopp said.

Uttered with some optimism we can hang on to, all eyes will now be on Firmino training without issue later in the week, with Klopp not out to repeat the events of the days just gone by.

“We had a really difficult week, so many little things. An injury here and injury there,” he said.