Liverpool manager Jurgen Klopp insists he remains impervious to the activities of other clubs and will not be drawn into transfer deals.

The Reds boss essentially completed all his summer business by the start of July, bringing in potential Darwin Nunez for a potential club-record fee alongside teenager Fabio Carvalho and defender Calvin Ramsay.

Meanwhile, the likes of Chelsea, Manchester United and, to a lesser extent Manchester City, are still trying to get deals done by the end of the window.

But Klopp said what their rivals did between now and the end of the month would have no bearing on his actions.

“There is absolutely no joy that they still try; other teams have finished their business as well. It’s nothing to do with us,” he said. 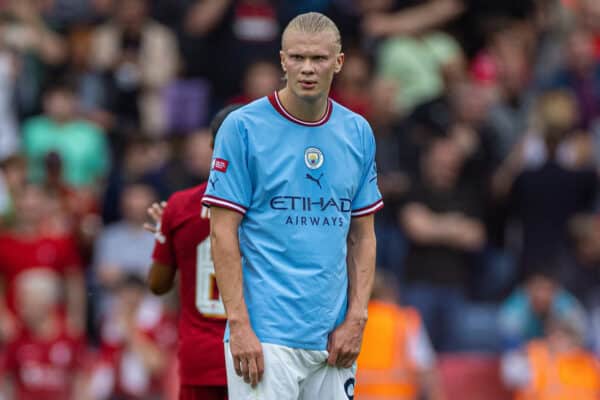 “We cannot increase the rhythm or find money because other teams sign players and say ‘oh, now we have to do as well because they signed him, we now need him’.

“You have to be completely independent of whatever, whoever, is doing what – and we are.

Klopp can at least take satisfaction in how Nunez has adapted so quickly to life in English football, with a goal and an assist in each of his first two appearances off the bench.

The competition between the Uruguay international and the summer’s other big-name striker arrival Erling Haaland is already being touted as the battle to watch this season but the Reds boss has played it down.

He does not want Nunez to feel he has to keep pace with the Norway international blow-for-blow.

“I think in the moment not at all,” he said when asked whether Nunez was motivated to score more by Haaland’s two-goal start to the season with Manchester City, ahead of Monday’s visit of Crystal Palace.

“If there would be a situation at the end of the season when it is about goalscoring, there could be.

“But at the moment he is just concerned he can score or set up goals for us. I don’t think he has had a real look at it.

“It was always clear Haaland at City would work out, it is a chance-producing side and he is a finisher. That’s why it is not a surprise.

“But we try to make sure the football idea we have is obvious again and consistent all the time because if we can do that it is still very uncomfortable to play against us and that’s my first concern.

“Then we can start thinking about how we can improve – but the first thing we are bringing is the intensity and we will be fine.”

The Chiefs welcome the Bengals to Kansas in the AFC Championship decider on Sunday, and you can…