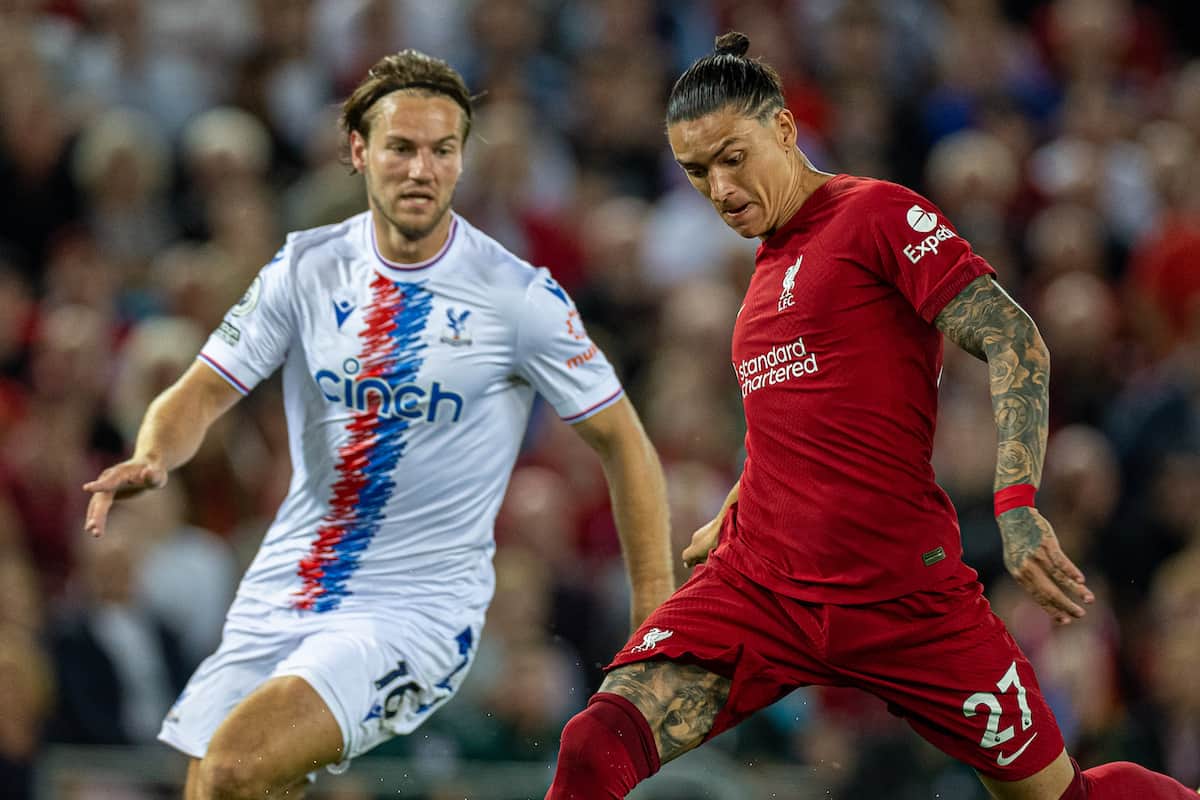 Red cards under Jurgen Klopp‘s tutelage are few and far between and never for violent conduct, but not on this occasion thanks to a “definitely a wrong reaction” from Nunez.

Andersen worked Nunez off and on the ball in the 56 minutes leading up to the incident, and the No. 27’s patience clearly wore thin as he needlessly retaliated with a headbutt.

It’s now a three-game suspension for the 23-year-old at a time when Liverpool are already counting their losses thanks to various injuries.

It’s an Anfield debut that will not be forgotten in a hurry and the Palace defender explained how he knew he got under Nunez’s skin.

“The whole game I sat really close to him, I annoyed him a lot and did well against him. I think that’s why he was a little bit angry with me,” Andersen told Viaplay after the match.

“In that situation, he headbutted me, the first one, at a cross, and I told him he shouldn’t do that.

“I was angry with him. Then he did it again which is, for me, really stupid. A clear red card.”

The action was taken directly under the nose of referee Paul Tierney after Nunez had drawn his attention to what he felt was illegal treatment from Andersen yet again.

The Palace defender made sure Tierney was aware of the impact, galvanising the Anfield crowd that reached a new level when Luis Diaz scored a sublime goal just four minutes after Nunez was handed his marching orders.

It’s a reaction other defenders in the Premier League and Europe will look to get from Nunez and a learning curve is needed to ensure another similar flashpoint is avoidided.

“Provocation and definitely wrong reaction, he will learn off that. Unfortunately, he has now three games to do that. It is not cool for us but it is how it is,” Klopp said post-match.