Jake Paul vs KSI Fight Set For Wembley Stadium In 2023 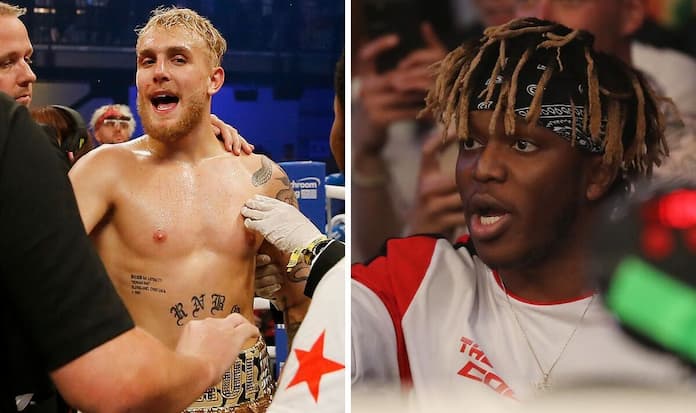 After receiving an offer from KSI to fight him at Wembley Stadium in the New Year, Jake Paul has responded and agreed to the fight. The pair have seemingly agreed to the bout through a Twitter exchange, with the winner of the fight taking all of the purse.

It seems as if the long term YouTube rivals have agreed to a fight at Wembley Stadium in 2023, with KSI originally calling out Jake Paul, who in turn responded and says he will meet KSI’s demands for the pair to face off in the ring net year.

Jake Paul vs KSI Fight All But Confirmed

It seems that Jake ‘The Problem Child’ Paul and KSI have agreed over Twitter to fight each other next year, in a fight that will be deemed a ‘winner-takes-all’ bout at Wembley Stadium.

The pair of YouTube stars turned boxers have been going back and forth for several years now, constantly calling each other out and hating on one another, whether that be about the YouTube content, music or indeed boxing.

The rivalry seems to have dated back to when KSI fought Jake Paul’s brother, Logan. KSI and Logan Paul had two fights, the first was deemed a draw with their rematch being a professional boxing fight. KSI won the second one, so Jake Paul will be desperate to beat the Englishman and get one back on him for beating his brother.

Here is the pairs Twitter exchange that has seemingly made the fight:

I’m gonna send you a contract. We fight next year. Wembley Stadium. Winner of the fight takes all. 100% of the purse will be on the line.

Put your money where your mouth is and let’s finally end this.

Your hometown & winner takes all. 1000% I accept, but one condition…

You have to reply and admit that as of TODAY when it comes to boxing I am betr https://t.co/UczxNAnmHv

As of today in boxing you’re better.

Haven’t claimed the KSI vs Swarmz betting offer yet? Don’t worry, take a look at the best betting sites and claim the best bookmaker free bets.

How Has The Jake Paul vs KSI Fight Been Agreed?

As outlined above, the fight seems to have been all but made simply through an exchange between both Jake Paul and KSI over Twitter.

KSI called out Jake Paul first, with the American responding and agreeing to KSI’s terms. ‘The Problem Child’ the added his own clause into the verbally agreed contract, by saying that he will acept all of KSI’s terms if he admits that Paul is the better boxer.

Low and behold, the YouTube sensation turned boxer did just that, saying that “as of today in boxing you’re better.”

There is still a long way to go in terms of this fight being officially agreed and announced, but this is certainly a positive start to the pair fighting in a mega-fight at Wembley next year.

Here is how some fans have reacted to the Twitter exchange and fight agreement between Jake Paul and KSI:

HOLYYY THIS IS GONNA BE INSANE

@jakepaul making fights exciting all the way around.