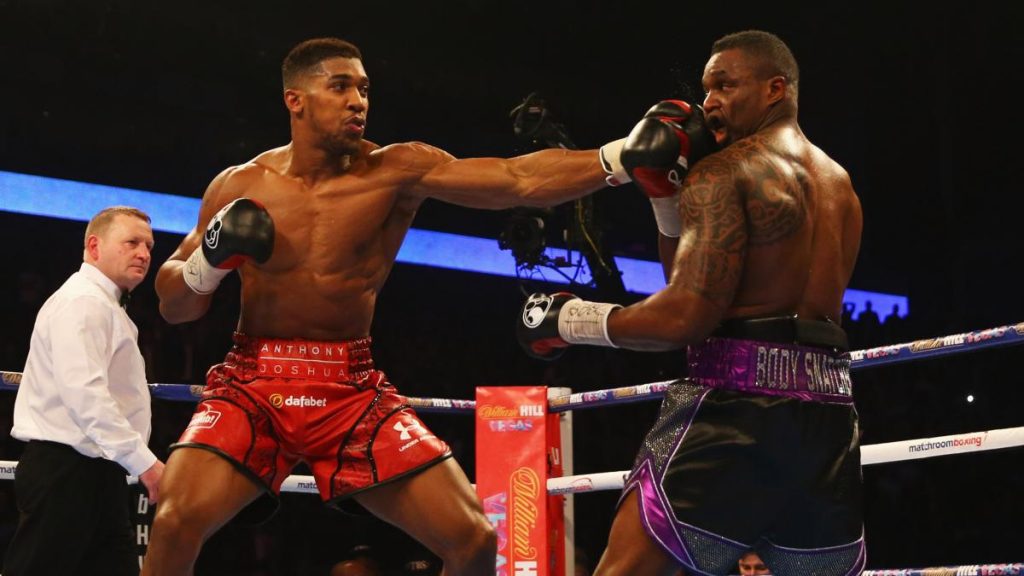 Anthony Joshua will attempt to snatch back his heavyweight titles when he goes toe-to-toe with Oleksandr Usyk in Saturday’s long-awaited rematch, and one of the Briton’s former opponents Dillian Whyte has offered his own verdict ahead of the fight.

The 34-year-old, who famously returned to the ring in 2014 against Joshua after a two-year doping ban, has put the eternal rivalry aside and is backing his compatriot to prevail victorious this weekend.

Both Usyk and Joshua will also be vying for Tyson Fury’s recently-vacant Ring Magazine title as well as the WBA, WBO and IBF belts, raising the stakes that little bit higher for one of the most highly-anticipated match-ups in recent memory.

While the Ukrainian enters the bout as slight favourite having romped to an assured unanimous points win with scores of 117–112, 116–112 and 115–113 back in September, Dillian Whyte is expecting Joshua to return to the ring with a bang.

He said, “It’s a massive fight, the biggest fight of his career.

“I do expect him to bounce back, he’s a British fighter like me and I only support our own, so I do hope he gets the job done.”

He compared Joshua’s situation with his own, and urged the 32-year-old to prepare mentally and rediscover the aggression that has made him so successful.

“I can understand that [rediscovering his aggressive side], because I’m of the same mindset as well. In my last fight [against Tyson Fury] I wasn’t as aggressive as I normally am, I’ve said the same thing to myself, I need to rediscover that aggression.

“I think it’s the right mindset he needs going into the fight, it’s the only way he wins the fight.”

Dillian Whyte has said he will be ready to return to boxing in November.

Who do you think The ‘Body Snatcher’ should come back against? #Boxing pic.twitter.com/KVvzmJdJmI

While Whyte is backing the Brit to get the job done in Saudi Arabia, he also went to reveal a desire to return to the ring himself to face the eventual winner of this weekend’s fight.

Boxing fans everywhere would certainly be licking their lips at the prospect of another Whyte vs Joshua bout, and it seems the former is dissatisfied with how things have turned out in the past few years as he works himself back into the Fram for a heavyweight title fight.

“I want to fight both of them win, lose or draw. I want to fight the best fighters around,” said Whyte. “People want to see me fight Joshua, Usyk, Wilder, all these guys, and that’s what I want.

“We have a lot of offers on the table at the minute, I think this week and next week we should look at the offers and break them down. People are away on holiday so it needs time to sift through these things.

“My main focus is to get back at Anthony Joshua, I’d love to have another fight against him so let’s see. Hopefully he gets the job done against Usyk and I get another chance to fight him against.”

The heavyweight title fight between Joshua and Usyk takes place on Saturday night in Jeddah – check out our guide to the best boxing betting sites ahead of the bell.