How Chelsea Could Lineup vs Bournemouth factoring fitness – Talk Chelsea


Chelsea are finally back in Premier League action in just five days time, welcoming Bournemouth to Stamford Bridge for the Tuesday evening kick off on the 27th.

Mixed emotions right now I am sure from Chelsea fans, but for me, I’m actually happy and excited for club football to be back. I appreciated and enjoyed/needed the break from it, but I’ve reset my expectations, honed in my emotions (for now at least), and I’m ready to watch Chelsea again!

In terms of form, it’s pretty much a clean slate due to the break and the reset, which Chelsea have really needed. But before the break, we all know that our form and performances were poor and seen us slip into 8th position in the Premier League

As for Bournemouth, before beating Everton 3-0 in their last game before the break, they hadn’t won a game since October the 8th when they beat Leicester. They currently sit in 14th spot in the league.

The two clubs have only met on 17 occasions in the past, with Chelsea winning 11 of those, and only 1 draw has been played out.

However, in recent times, Bournemouth have become a bit of a bogey team for Chelsea, winning 3 of their 5 they’ve ever won, since a 3-0 victory over us in 2018.

And Chelsea haven’t actually beaten Bournemouth since that same year, with a 1-0 win in The League Cup in December 2018.

Chelsea have drawn one and lost two in the last three matches, suffering an embarrassing 4-0 defeat in January 2019.

So, it’s not going to be an easy game for Chelsea at all, as it never is in this league. But I do expect us to get the job done.

In terms of lineups and predictions, basing on everything I have heard about the last couple of weeks and match fitness, I believe we will start with something like this: 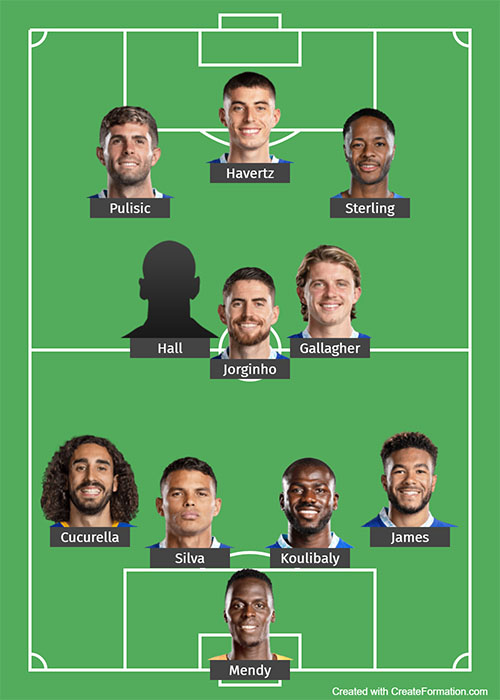 Obviously predicting a Potter starting formation is near impossible. But I’m basing this off injuries and World Cup condition.

Wesley Fofana is obviously now injured. Mason Mount will be a doubt due to missing the friendly against Brentford with injury even though he has returned to training today. Reece James should be good to go.

Kepa Arrizabalaga I believe has been playing and training again, but we still aren’t fully sure if he’s good to go yet. In midfield as well, Mateo Kovacic might be thrown in there, but he really shouldn’t be after playing so much at the World Cup. Lewis Hall deserves to keep a starting spot on merit.