How Barcelona Can Afford to Remain Competitive in the Transfer Window 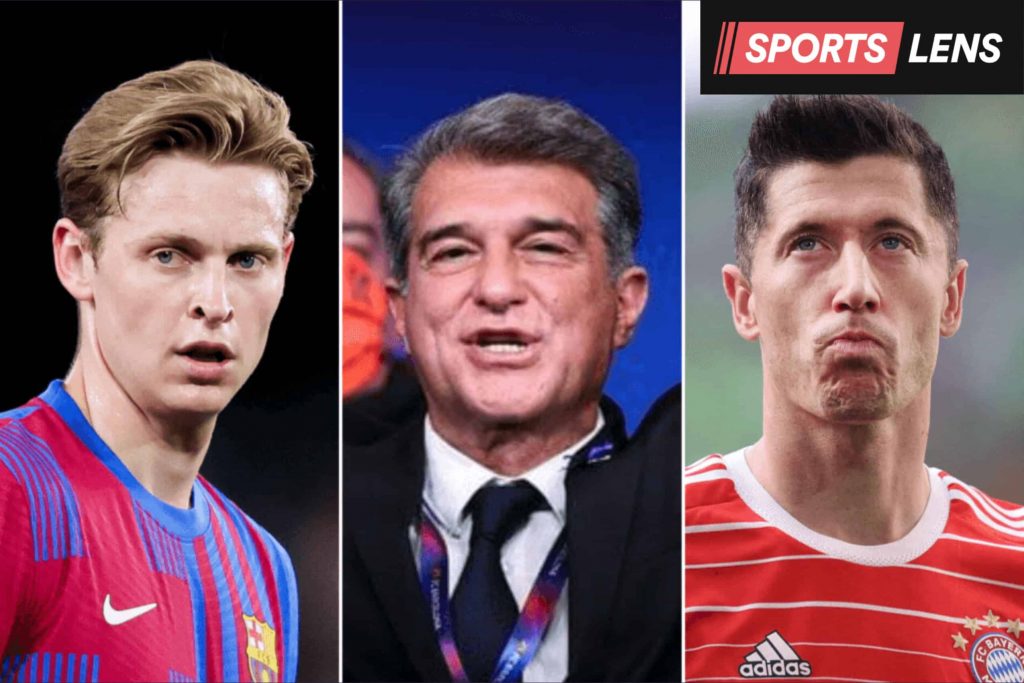 Barcelona are over £1billion in debt, are said to be unable to pay player’s wages and yet they continue to bring in some of Europe’s top players.

The core of the Blaugrana’s problems stem from their crooked former president Josep Bartomeu, who’s tenure as the club’s head honcho was underlined by fraudulent dealings and unrealistic transfers that have sent seismic ripples still being felt by the club today.

Returning president Joan Laporta has done extremely well to steady the ship after it looked as if the club may spiral into a genuine threat of liquidation. During his second spell at the club in which he was elected last year, he has utilised the free transfer market very effectively having brought in Eric Garcia and Pierre-Emerick Aubameyang last season, before adding Franck Kessie and Andreas Christensen to that list this summer.

However, he has had to strip the soul of the club down to its core, literally and figuratively. First Lionel Messi’s shock exit, now selling the naming rights to the Nou Camp for the first time in its history, the Spaniard has been gutsy in his approach to securing the long term future of the club.

But still the question remains, particularly with Raphinha and now Robert Lewandowski joining the ranks, how are they able to afford to bring in fresh faces this summer?

Barcelona are literally mortgaging the future to win a transfer window. Incredible

While neither Spotify nor Barcelona confirmed the economic value of their new partnership, it is believed to be worth around £235m. This is indeed a huge cash injection, but is simultaneously a drop in the ocean when comparing it to their financial shortcomings.

The global music company will not only feature as the club’s main shirt sponsor, they have also claimed the naming rights for the Nou Camp, which will now have the word ‘Spotify’ stuck in front of it.

However, this is just one among a handful of initiatives set in motion by the new board, the most notable of which being the introduction of two palancas, or “economic levers.”

The first of which was an attempt to offload a portion of the astronomical television rights paid for by LaLiga TV. They recently sold 10% (they are prepared to let this figure rise to 25%) of the money they are due to make from their league TV rights over the next 25 years for €207.5m. Assuming that arrangement does not shift, they would be handing over €16m a year, starting this year, for 25 years: A total of €400m over that period in return for €207.5m now when, they of course, need it desperately; a loan against future earnings essentially.

The second lever is yet to be enacted, but the plan would be to sell up to 49.9% of BLM (Barcelona Licensing and Merchandise), the company set up to manage their marketing and licensing.

Moving on from some of the more technical economic strategies, the club, put plain and simply, need to reduce their wage bill in order to align with the league’s limits.

The limite salarial, LaLiga’s financial fair play, is the amount a given club is permitted to spend on the first team after analysis is completed on their audited accounts. Barcelona’s latest salary limit was estimated at €-144m and their actual salary mass at €560m (they aim to reduce it to €400m), and as such they would need to hit €704m to generate a positive balance. Until that is reached, new signings Franck Kessie and Andreas Christensen are ‘technically’ not allowed to register.

However, should a club’s salary limit correlate 1:1 with their salary mass, they are able to operate without any issues. It would seem president Laporta is aiming to get the club to this level over the summer, rather than demonstrating an unrealistic surplus of cash.

“First we have to secure that second palanca and then we can sign at 1:1,” Laporta said in a recent interview.

This ultimately means the club have to try and offload as many players as they can during this window, and the likes of Gerard Pique, Riqui Puig, Martin Braithwaite and most notably high-value asset Frenkie de Jong are among those thought to be readily available on the market.

The club have done extremely well to negotiate lower salaries over the past year, with players such as captain Sergio Busquets, Jordi Alba, Gerard Pique, Sergi Roberto and just this week Ousmane Dembele all accepting a pay cut – something fairly unthinkable in the current climate of dizzying wage demands.

And so, with all of these initiatives in the works, Barcelona are, as far as we are aware, allowed to operate in the transfer window. While they are unable to physically register their new acquisitions, the continued efforts of the board to outsource and privatise some of their own assets seems to be priority moving forward.

We do question whether the club are too large an asset to the Spanish league, and are as such somewhat indulged. Laporta is a master economist, much more so than his predecessor who’s glutinous free-spending has unravelled this monumental mess. While it is hard to tell whether the club continue to evade punishment for their financial misdemeanours and are free to load on further debt, we do believe Laporta has the club’s best interests at heart – his political transparency in the press is something not seen at the Catalonian club for a number of years.