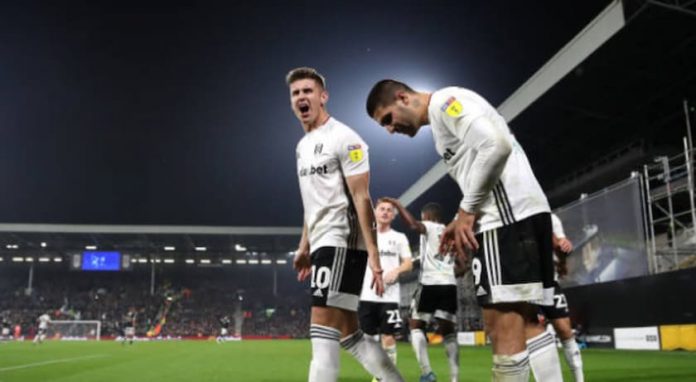 Mitrovic has made a solid start to the 22/23 Premier League season. However, it looks like he’s had an embarrassing moment in training by smashing team mate Tom Cairney’s car window.

Mitrovic gave Fulham the edge at the weekend in their local derby against Brentford where he scored a last-minute header to win them the game.

However, in training the week after the game his shooting was not as smart with an attempt at goal firing past the net and smashing Captain Tim Cairney’s car window.

The Serbian forward said: “It’s true I broke Tom’s window but it was not on purpose. His car was behind the goal when we were finishing in training.

“I mishit a shot, the ball went over the fence and it was so hot that day and it hit the windscreen and broke it.”

It seems Tom’s younger brother found the funny side after posting a tweet which said: “Mitrovic you can smash my brother’s windscreen any day of the week if you keep doing that.”

However the Captain himself wasn’t as pleased tweeting a picture of Mitrovic and the smashed window saying: “He sent this into the group chat, looks like he feels really guilty don’t you think.”

He sent this into the group chat 😤 looks like he feels really guilty don’t you think 🙃😭 https://t.co/4DCO33hy7l pic.twitter.com/bIIuAdKHjw

It looks like Mitrovic might be finally transferring his success in the Championship to the Premier League with 3 goals in 3 games this season. After his goal at the weekend Mitrovic has already matched his goal tally from two seasons ago when Fulham were last in the Premier League.

Looking to their next Premier League fixture, Fulham come up against Arsenal and Mitrovic will need to keep his scoring boots on if they want any chance against Arteta’s gunners.

Fulham will struggle against a newly rejuvenated Arsenal side and the bookies agree, with Arsenal priced at 1/3 on the UK’s best football betting sites.