Roberto Firmino could join an exclusive, 15-man club with a goal for Liverpool tonight, while Jurgen Klopp meets his favourite opponent in Crystal Palace.

Should Firmino find the net in this game he will become the 15th player in Liverpool history to score on all seven days of the week.

Mohamed Salah, Jordan Henderson and James Milner have all done so from the current squad, with Sadio Mane, Divock Origi and Philippe Coutinho the others to have done so under Klopp.

If selected in the starting lineup, Firmino will make his 200th league start for the club.

Palace were the first club to defeat a Klopp team in the Premier League – doing so in November 2015.

But Klopp has also won more Premier League games against the Eagles (12) than he has against any other team.

Meanwhile, Patrick Vieira has never won at Anfield in nine visits – seven as a player with Arsenal and once with Inter Milan, plus Palace’s defeat last season with him in charge.

Salah moving up the charts

Salah’s goal in the opening league game at Fulham nine days ago was his 158th in all competitions for Liverpool and places him in joint-eighth place in the club’s all-time scoring list alongside Owen.

Another goal tonight will move him clear of Owen and within 13 goals of Sir Kenny Dalglish in seventh. 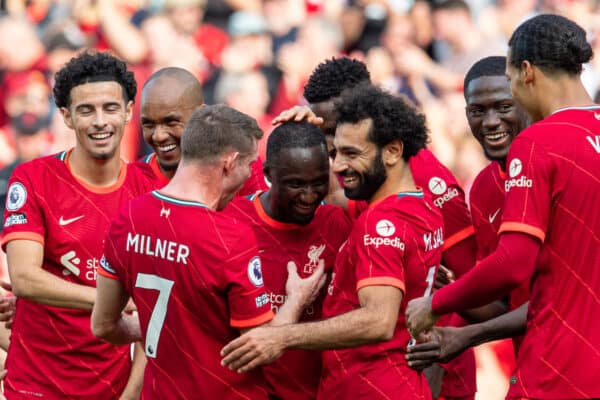 Ninety-six goals have been scored in the 26 clashes between Liverpool and Palace in the Premier League era at an average of 3.65 goals per game, with the Reds on target in all but two.

Liverpool have found the net in each of the last 18 top-flight clashes with Palace and in the last 20 in all competitions.

There have been two goalless draws in all league fixtures between the teams – in 1979/80 at Selhurst Park and at Anfield in December 1994.

Both the Reds’ biggest-ever top-flight home and away league wins have come against Palace – in September 1989 they won 9-0 at Anfield and recorded a 7-0 victory at Selhurst Park in December 2020.

The Reds have scored 20 of the last 21 goals scored between the teams in this fixture. 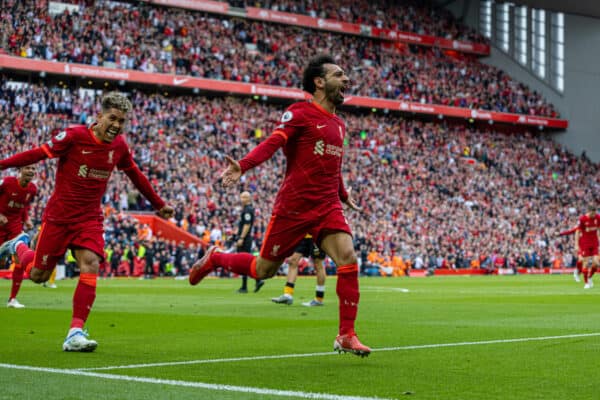 They were unbeaten in the league at Anfield last season – the fourth time in five campaigns they have accomplished the feat.

They are undefeated in the last 78 league outings at home in front of fans and in the last 74 with a full house, since losing to Palace in April 2017.

Liverpool are 23 league matches without defeat in front of the Kop since losing to Fulham by a single goal in an empty stadium in March 2021.

In all competitions they have been beaten once in 35 Anfield fixtures – to Inter Milan in last season’s Champions League round of 16.

They have never lost a game played on this date, having won five and drawn two of the seven games played. 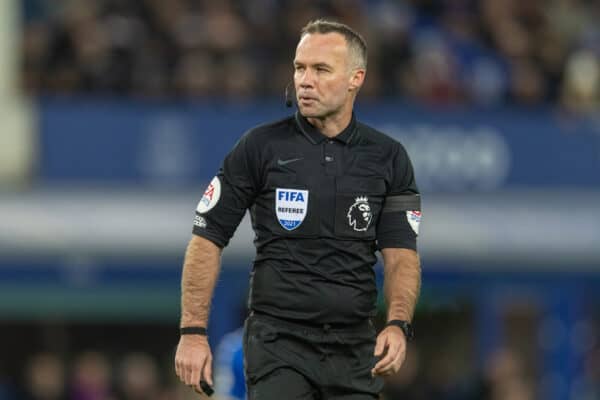 Paul Tierney has not taken charge of a Liverpool game since the controversial 2-2 draw at Tottenham last December.

In each of his last three Palace games he has awarded them a penalty.