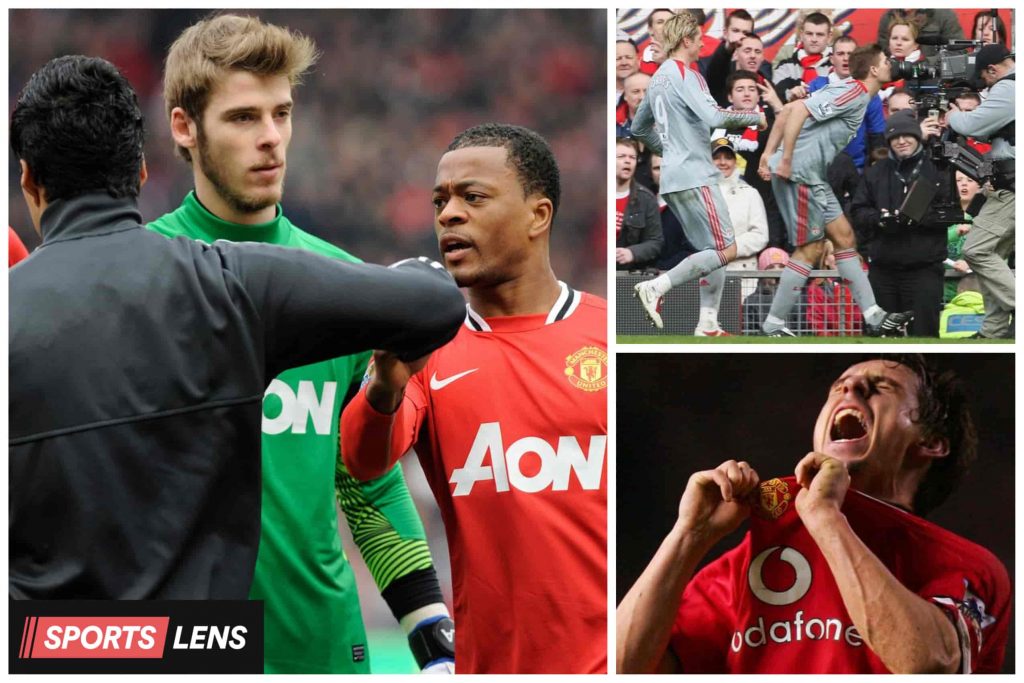 Manchester United and Liverpool. Old Trafford. Both sides in desperate need for three points. The stage is set for the 218th meeting between the two most successful sides in English football on Monday night.

Undoubtedly one of the most illustrious match-ups in world football, United versus Liverpool has a rich history of action-packed goal fests, full-blooded skirmishes and one deep rivalry stretching back to the early years of the football league.

With the latest iteration coming off the back of some less than favourable results for both sides, tonight’s fixture could yet again provide us with some memorable moments to add the already rich tapestry between the two.

With that in mind, we are taking a look at some of the iconic happenings that have occurred down the years between United and Liverpool.

Rewind to 2006. Manchester United and Liverpool are playing a hotly-contested league fixture half-way through the season at Old Trafford, and there is nothing separating them as they head into stoppage time.

Up step Rio Ferdinand, who rises highest to steer home a bullet header and hand the Red Devils the victory, although it would be his teammate who would steal the morning headlines.

Gary Neville stayed back in case of a late Liverpool counter-attack, and upon Ferdinand notching home the winner, he proceeds to turn and face the travelling supporters to dish out some true sh*thousery in a wild celebration.

The aftermath of the incident landed the then-United captain in hot water and he was ordered to pay a £10,000 fine as well as serve a two-game ban. Years later, Neville said in an interview; “It was worth a 120-match ban! It was probably one of the best moments because we were struggling at the time, we hadn’t won the league for three years and it just felt like one of the best moments we had in a couple of years.”

After seeing Gary Neville giving it the big’n, this next one is for the Liverpool fans.

Back in 2009, the Reds recorded one of their most iconic victories over United, running out eventual 4-1 winners at Old Trafford. The game was jam-packed with tons of memorable moments, one of which we’ll come to later on the list, but for number four we have gone with Fernando Torres’ domination of Nemanja Vidic.

The Liverpool version of Torres was truly irresistible to watch in full-flow, combining frightening speed with an incredible footballing brain that often saw him bamboozle even the most experienced defenders.

This was indeed the case in this particular match, where the Spaniard nicked the ball from under the nose of Nemanja Vidic, who was arguably the most formidable centre-half on the planet at the time. He proceed to stroke home Liverpool’s equaliser right into the side netting to set the tone for their eventual win.

It was just one of several moments where Torres got the better of the Serbian during his spell in England – one of the few players to even make it past him.

In the final season before the English top-flight became the Premier League in 1992, Manchester United and bitter rivals Leeds were locked in an enthralling title race that was seemingly destined to go down to the wire.

United were just a handful of games from putting an end to an agonising 21-year trophy drought. Liverpool themselves were way out of contention, but of course they had their say in proceedings as Ian Rush and Mark Walters to ensure United lost out, essentially handing the title over to rivals Leeds in the process.

As mentioned earlier, we return to Liverpool’s famous 4-1 at Old Trafford in 2009.

Following Torres’ superb equaliser, Steven Gerrard tucked home a cool, confident penalty to give the Reds the lead on the cusp of half-time.

While it sent the Liverpool faithful into a rapturous celebration at the away end, it was the captain’s own celebration that has gone on to define that famous win; it is often used in montages and adverts for the Premier League.

Gerrard rushed over to celebrate with the travelling fans, and in the process grabbed the camera directly in front of him that happened to be showcasing the game live on TV. He proceed to give it a big old smooch, and thus, an iconic Premier League moment was born.

And so, we arrive at number one.

This is, in our minds, one of the most infamous moments in recent Premier League history let alone between these two sides.

Rather incredibly, Luis Suarez attempted to snub a handshake from a man he had racially abused in their last meeting – any high ground the Uruguayan thought he had was a grave misjudgment on his part.

Having already served the eight-game ban after being found guilty of racially targeting Patrice Evra, all eyes were on the pre-match handshakes in the 2012 meeting at Old Trafford. All of the chatter before the game was largely over how Evra would react and if he would snub Suarez, not the other way round as it eventually played-out. 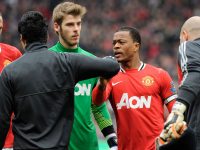 The snub was met with a furious grab of the arm from the Frenchman, who had previously look set to leave the past in the past.

United went on to win the game 2-1, and Evra had the last laugh by deciding to celebrate in front of Suarez, almost starting a riot in the process.