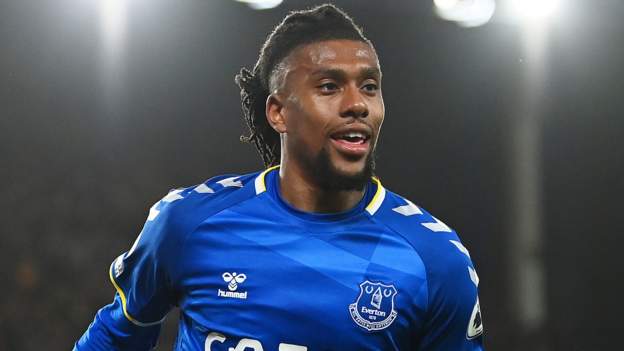 Alex Iwobi has started the season in fine form for Everton – a far cry from years on the fringes at Arsenal and heavy criticism during the Toffees lacklustre season last year.

The 26-year-old was exceptional against Nottingham Forest this afternoon, operating in what could be his new permanent role in the middle of the park.

Often deployed as a winger, the Nigerian would find himself pushed out of the game, unable to dictate despite possessing quick feet and a clear talent for picking out a pass.

Although his side failed to win for the third time in as many matches this season, he was instrumental in helping them claw their way back into the game late on to salvage a 1-1 draw.

Here are a few of his stats that highlight his importance in the centre of the park.

This has caused a raft over excitement on Twitter amongst Everton fans, who are eager to see what he may bring as the season progresses.

Iwobi is back in form, he’s Jay-Jay Okocha’s nephew again

Alex Iwobi won 100% of his duels and completed 100% of his take-ons in the first half vs. Nottingham Forest:

He also won possession more times than any other player (11). ⚔️ pic.twitter.com/2knYvvyzgZ

Iwobi has finally found his best position all Thanks to Lampard.

He is a monster in that Midfield! Easily Everton’s best player this season pic.twitter.com/PA2pX59qKJ

With five fixtures still to play in game week three, check out our list of the best football betting sites.