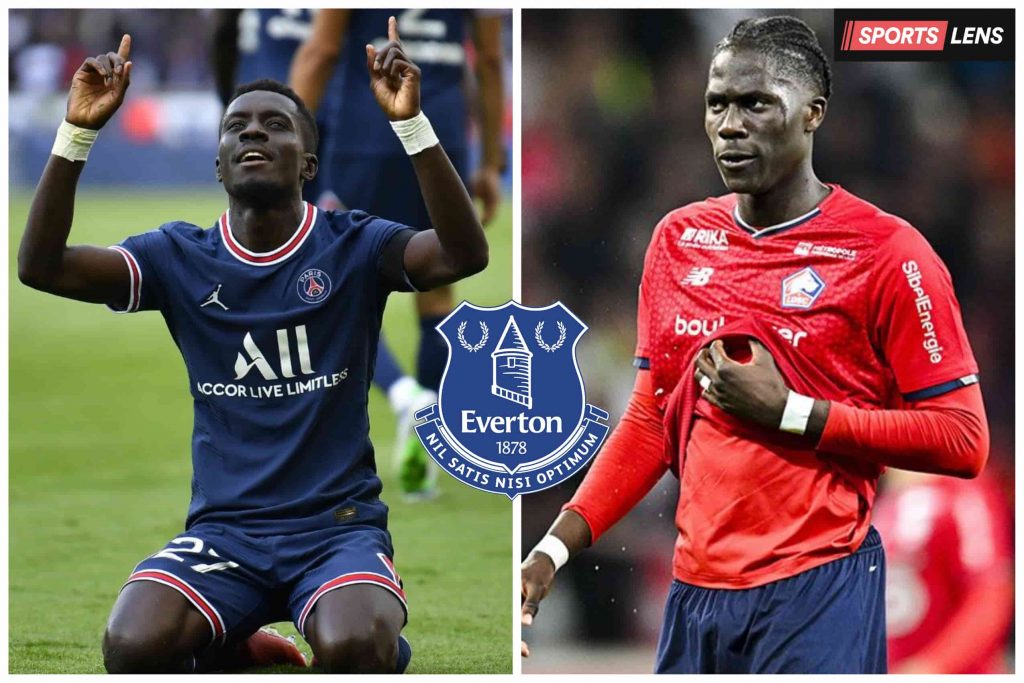 Everton are on the verge of completing a double swoop for Lille’s Amadou Onana and former Toffees now-PSG midfielder Idrissa Gueye.

Frank Lampard has been keen to bolster Everton’s options in the midfield, particularly with the likes of Andre Gomes and Abdoulaye Doucoure suffering injuries last season which left the middle of the park significantly weakened.

This is further compounded by the departures of Fabian Delph, Gylfi Sigurdsson and Donny van de Beek this summer.

West Ham have been long-term admirers of 20-year-old Amadou Onana and are thought to have had an initial bid accepted, although the Lille midfielder is said to prefer a move to Merseyside and talks over a transfer have progressed quickly with the French side.

The towering defensive midfielder, who stands at 6″5, is reportedly in England for his medical ahead of a £33m move, which is expected be completed this week.

Meanwhile, the club are also eager to bring back Idrissa Gueye who left for PSG in 2019. The Senegalese international made 108 appearances over three seasons at Everton, and while bringing back former players has a tendency for failure, the move is widely backed by the Goodison faithful.

Me in work all day waiting for @IGanaGueye to come back to the toffees. pic.twitter.com/qSToNguSSR

Everton begin their quest to better a disappointing relegation-threatened season last time out against manager Frank Lampard’s former side Chelsea. A tricky opening match indeed for the Toffees, and it certainly worthwhile taking a look at our comprehensive list of the best football betting sites ahead of the weekend’s kick-off.