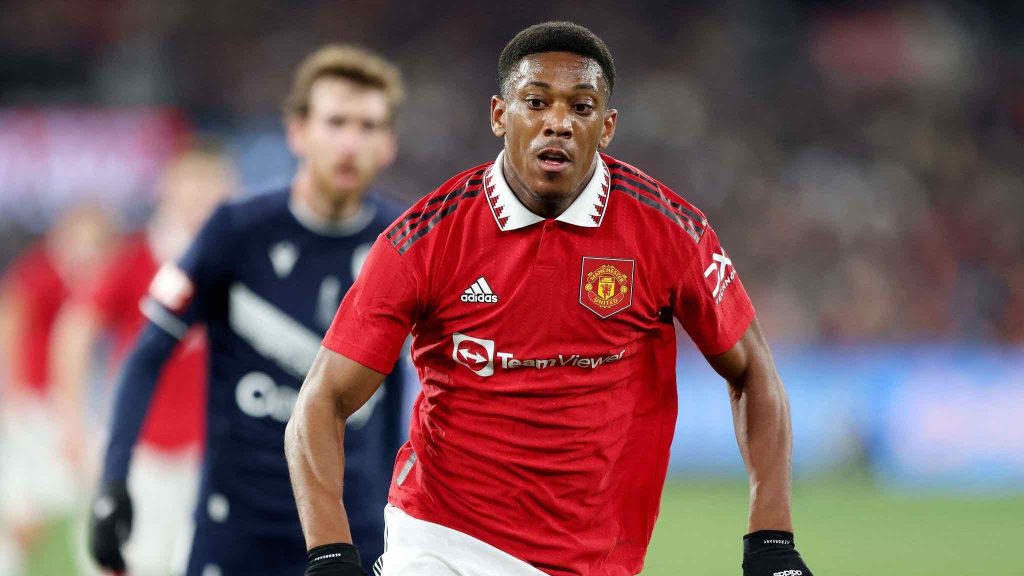 Manchester United forward Anthony Martial is set to miss their Premier League opener against Brighton on Sunday afternoon following an injury to his hamstring.

The Frenchman, who has impressed in pre-season by scoring three goals after returning from a disappointing loan spell with Sevilla, has largely been deployed as a central striker by new manger Erik Ten Hag thus far.

The 26-year-old was pictured holding his leg in their pre-season friendly with Atletico Madrid in Oslo, and it now seems the Red Devils may be without his presence for at least the first fixture.

While speculation surrounding Cristiano Ronaldo’s departure from Old Trafford fails to subside, the Portuguese marksman is back in full training with the rest of the squad and could feature in Martial’s stead.

However, Ten Hag has long maintained that the 37-year-old will need to work hard in order to prove his match fitness having chosen not to travel with the squad for their pre-season tour of Australia and Thailand.

Alternative solutions could include Marcus Rashford leading the line, and if Ten Hag does indeed refuse to include Ronaldo until he is up to speed, we could see him turn to the youth with Swedish winger Anthony Elanga the most likely candidate.

The Dutchman has been handed an injury boost however, with Jason Sancho set to return after revering from an illness.

Manchester United host Brighton at Old Trafford on Sunday afternoon with kick-off scheduled for 14:00. With the rest of the 18 teams back in action this weekend, why not take a look at our list of the best football betting sites.