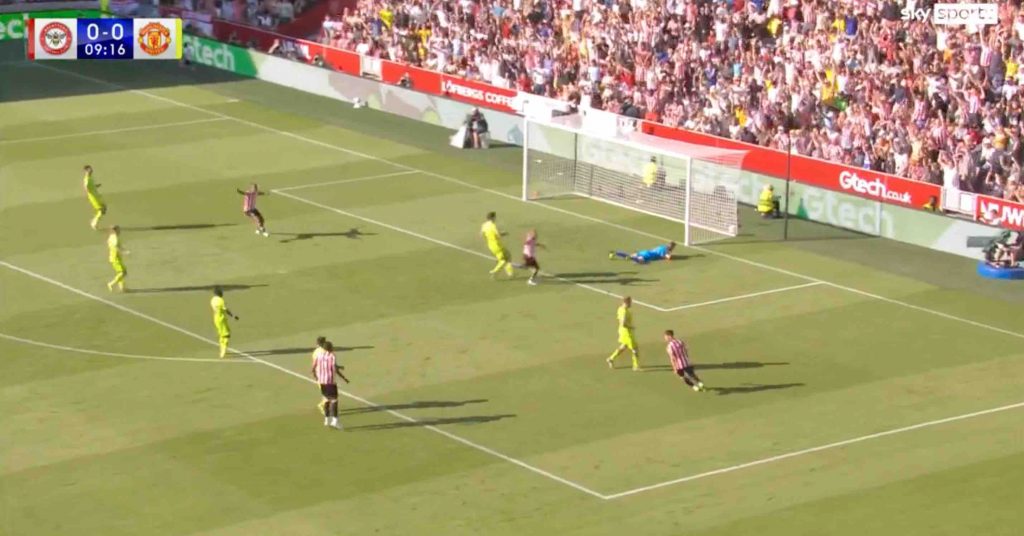 Brentford have taken the lead at home to Manchester United thanks to a David de Gea howler from Joshua Dasilva’s effort from outside the area.

David de Gea has been a topical subject amongst Manchester United fans in recent seasons and yet another tidal wave of drama is heading our way.

The 31-year-old was widely considered to be the best goalkeeper in the world some years ago, but couldn’t keep Joshua Dasilva’s effort out of the goal against Brentford on Saturday evening.

Manchester United have been handed yet another setback in their bid to win their first Premier League game of the season, after a 2-1 defeat at home to Brighton last Sunday.