Chicago Bears quarterback Justin Fields has been ruled out of week 18 due to a strained hip.

Backup quarterback Nathan Peterman will start in week 18 against the Minnesota Vikings.

Fields has been one of the more polarizing athletes in the NFL this season. His rushing ability makes him one of the more difficult quarterback to face. Chicago traded up for Fields with the 11th pick in the 2021 NFL Draft. He played his college ball at Ohio State. Fields originally started out at the University of Georgia before ultimately transferring to Ohio State. 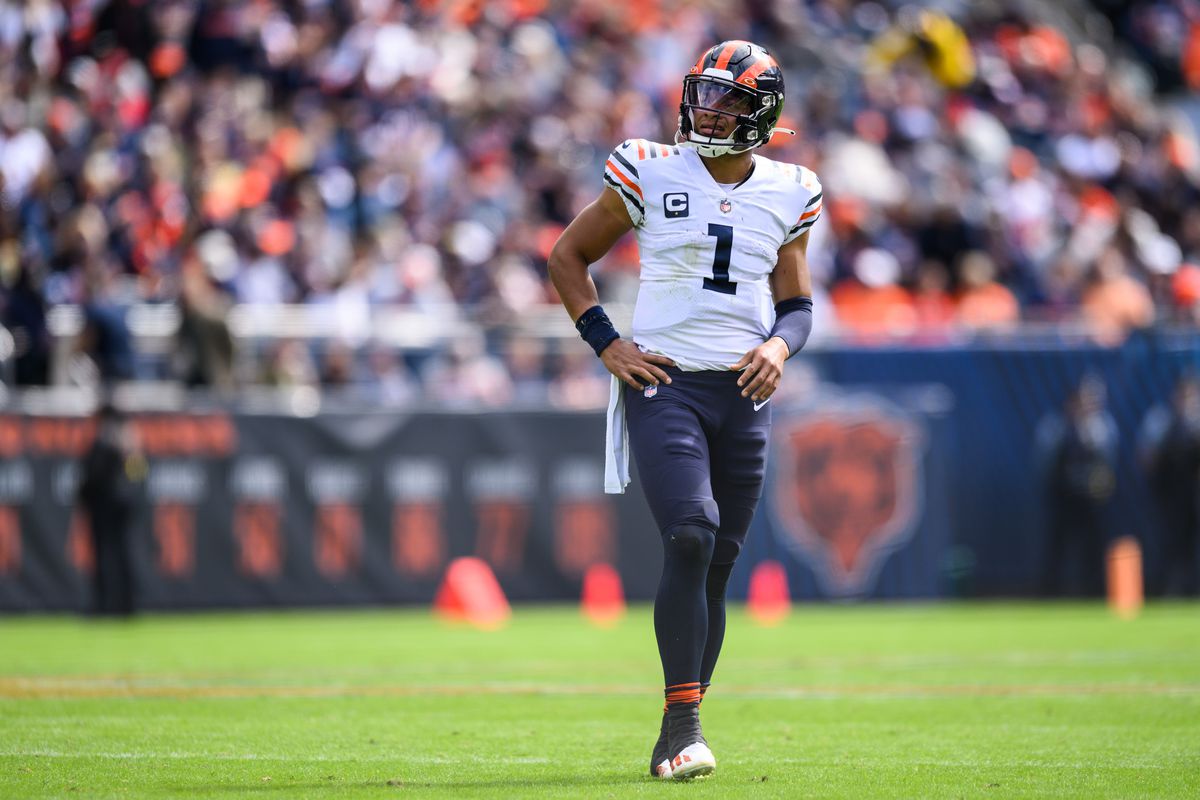 His rookie season for Chicago was lackluster compared to this season statistically. In his rookie year Fields did not even start the season. He started only 10 games and had a record of 2-8. He only threw for 7 touchdowns to 10 interceptions.

Fields drastically improved this season, despite the Bears having the second worst record in the NFL. Even in a low volume passing offense, Fields has thrown for 17 touchdowns to 11 interceptions while starting 15 games. Fields also showed his rushing ability to the highest degree. Fields leads all QBs in rushing yards this season with 1,143.

It makes sense for the Bears to hold Fields out the finals game of the season. He has been battling a few injuries here and there so Chicago wants to be cautious with their star QB. The Bears are set up well for the future with a projected top 3 pick and a bunch of cap space.

Another situation is if the Houston Texans beat the Indianapolis Colts and the Bears lose then they would have the number one pick in the Draft. With Chicago set up with a quarterback, teams needing one could be willing to pay a high price for that pick. Depending on what Chicago does in the off-season, they seem to be set up at quarterback with Justin Fields.