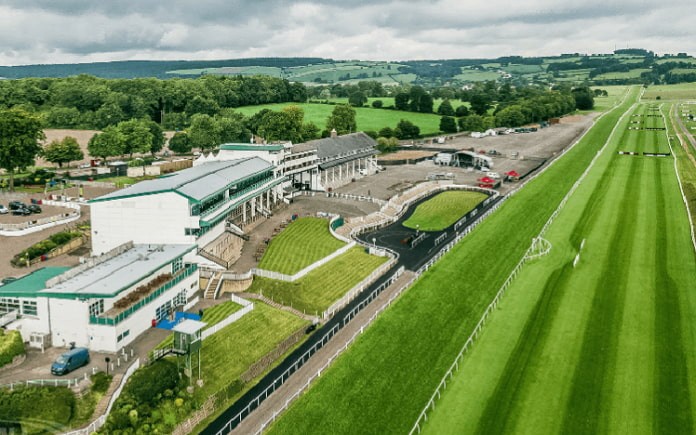 Chepstow Racecourse has been left reeling by two of its biggest races, the Silver Trophy Handicap Hurdle and Finale Juvenile Hurdle, being downgraded as a result of changes to their status from the Jump Pattern Committee.

The body which determines the Class of horse racing events have announced a raft of alterations effective from 1 October 2022. Only three graded races have been downgraded but seven Listed handicaps become Class 2 races for the new National Hunt season.

All Grade 3 handicaps are rebranded as Premier Handicaps. Meanwhile, a further 11 Listed events attain that status. Premier Handicaps may be a term familiar to punters who bet in Ireland. Top level handicap races on the Flat in the Emerald Isle are run under that name.

While Premier Handicaps retain Black Type status currently enjoyed by Grade 3 contests, that doesn’t soften the blow. This is a particularly raw deal for Chepstow races, home of the Welsh Grand National. The Jump Pattern Committee has removed three graded events from its annual programme.

When contacted for comment, Chepstow Racecourse executive director Phil Bell told the Racing Post: “It’s disappointing they [the Jump Pattern Committee] have done this, but we’re not surprised as we had indications that we were not meeting the criteria.

“The Finale Juvenile Hurdle has been an excellent race over the years with horses such as Bristol De Mai and Defi Du Seuil [both multiple Grade 1 scorers] winning it. I don’t believe the quality of the race will come down.

“I’m confident the change will have no effect on the crowds on Welsh National day [27 December]. The meeting is a national celebration [for Wales] and the people will still come. We do want to improve the quality of racing. We will be speaking to trainers and doing our best to get the Grade 1 status back as soon as possible.”

Both the Silver Trophy Handicap Hurdle (1968) and Finale Juvenile Hurdle (1971) date back over 50 years. The latter is one of two races for three-year-olds to be downgraded. Also feeling Chepstow’s pain is Doncaster Racecourse with the Summit Juvenile Hurdle in December dropping from a Grade 2 event to a Listed contest.

That race has suffered small field sizes because it is in direct competition with an official Triumph Hurdle Trial at Cheltenham’s International Meeting on the same day. Some small consolation is that Doncaster races‘ Sky Bet Chase (the Great Yorkshire Chase) in January attains Premier Handicap status.

RELATED: Learn all about the Cheltenham Festival, which is effected by such changes.

Five of the seven Listed handicaps downgraded to Class 2 events are at Grade 1 tracks. The Lanzarote Hurdle at Kempton Park races in January only lasted a decade as Class 1 contest. A middle-distance hurdles event, even one run as a handicap, losing Listed status is a blow for the Sunbury-on-Thames venue and meeting sponsors Coral.

Not even the likes of Cheltenham and Ascot races escape unscathed from the Jump Pattern Committee changes. The home of National Hunt horse racing may have seen the Mares’ Novices’ Handicap Chase Final its April Meeting promoted to a Grade 2, yet it has lost two Listed races from its annual schedule.

The staying handicap hurdle at Cheltenham during the November Meeting and mares’ handicap hurdle in April are now Class 2 contests. Ascot, meanwhile, sees its Silver Cup and Swinley Chase among three events given Premier Handicap status, but a handicap hurdle in late October held in Berkshire gets downgraded.

Another victim of the changes is Sandown Park races, where the December Handicap Hurdle now drops to Class 2 level. The Esher venue does see a Novices’ Handicap Chase moved from Cheltenham in 2021 attain the Premier Handicap tag, though.

We’ll have to get used to referring to the Grand National, the world’s most famous steeplechase, as a Premier Handicap. It certainly fits the bill but, like the plethora of Heritage Handicaps on the Flat, should we be according other races the same status as the Aintree showpiece?

The Jump Pattern Committee is under pressure to change things in the National Hunt code. My gut reaction, and one I’m sure that many other industry professionals and punters out there will share, is this looks like change for change’s sake. Hopefully unintended and caught in the crossfire is how badly Chepstow Racecourse is effected.

South Wales is where most people consider the “core” National Hunt season starts in earnest in early October. It has now in effect lost a graded race from the second day of that Persian War meeting. Hurdle races suffer plenty more than steeplechases. The premier venue for the sport in Scotland, Ayr races, haven’t fared much better either.

Now the Scottish Grand National, like the Welsh and English equivalents, isn’t a graded race in name any more. Ayr have also seen one other event promoted to a Premier Handicap but another Listed race drop down to Class 2 status. Speaking of this track, it helps highlight a point about these changes.

A BHA press release confirming the alterations reads as follows: “The label ‘Grade 3’ has often been the cause of confusion for the sport’s customers, in terms of what role these major handicaps play within the overall framework of the Pattern. The new title is therefore considered a more appropriate description for Britain’s principal Jump handicaps, providing clearer, more logical signposting for racing’s fans.”

And yet there is no mention of removing Grade 2 limited handicaps from the programme – like the Scottish Champion Hurdle at Ayr, for example. Surely, having a small handful of races including that, the Haldon Gold Cup at Exeter, the Peter Marsh Chase at Haydock Park races and the Silver Trophy at Cheltenham, is confusing?

As with any sweeping change to the sport, there will always be winners and losers. We in the media often focus on the negative, so I thought it’d be nice for once to look at the racecourses which may benefit from staging Premier Handicaps this coming season.

Yorkshire and the Northeast don’t do too badly out of this. Newcastle’s Rehearsal Chase (but not the Eider Chase over further) can call itself a Premier Handicap from this November. There are not one but two of those at Wetherby races before the calendar year is out too including the Rowland Meyrick on Boxing Day.

Wincaton’s Badger Beers / Ales Trophy is a Premier Handicap from now on too. The selection of the Gerry Feilden Intermediate Hurdle at Newbury races amid dwindling field sizes is somewhat strange, meanwhile. The Midlands Grand National at Uttoxeter is another long distance event over fences among the new Premier Handicaps.