Following the Blues’ Viva Las Vegas victory against Club America a few days ago, Tuchel’s troops travelled to North Carolina to take on Charlotte FC at Bank of America Stadium.

Prior to the match there were delays as a result of some severe storms which in hindsight perfectly foreshadowed what was to come from the perspective of a Chelsea fan.

Fast forward to the end and what was appearing to be a well-earned last-gasp draw for the hosts, the crowd were treated to the added drama of determining a winner via the entertaining & dramatic shoot-outs.

As it turned out, it would be the underdogs who would emerge victorious in front of their home fans to conclude an interesting clash.

So, what did we take away from this clash? Below were some of the main takeaways:

Despite controlling large parts of the match, particularly the first half possession wise, there were not as many clear-cut chances from Chelsea which is what fans would have been expected given the superiority of the Blues squad relative to their opponents.

While Pulisic converted his fortuitous chance nicely, Tuchel’s tinkered up Blues struggled to assert themselves in the clash and allowed Charlotte to not only maintain faith in their well organised defence, but gain belief from an attacking sense which saw their never-say-die attitude be rewarded right at the death when they earned a penalty from Trevoh Chalobah’s outstretched arm during his desperate challenge.

2. Sterling shows signs of his class in his Blues debut

New Blues attacker Raheem Sterling made his debut for Chelsea when coming on as a substitute to start the second half.

During this time, Blues fans got to see the former Citizen take up multiple position across the front line and also dropping deep at times to get involved and effect the play.

On a few occasions the England star demonstrated some flashes of brilliance with the way he would receive the ball and use his acceleration to beat an opponent and link up with his new team mates to fashion an opening. 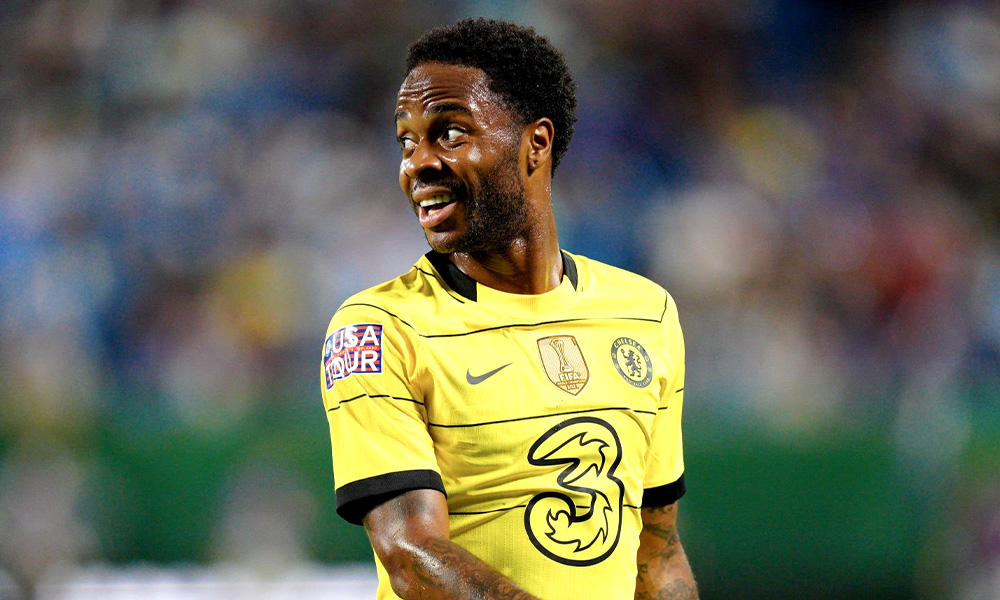 He would also show that not only can he work cohesively with others through his passing but also through his movement which was highlighted when he made a clever run in behind and used his electric pace to create a one v one which was expertly saved at the near post by the keeper’s trailing leg.

Early days of course but his first outing was certainly encouraging!

3. Youth is exciting but experience is essential

Pre-season matches are always enjoyable for fans given the potential to see talented youngsters and fringe players be given an opportunity to showcase what they have and try convince the manager (and us supporters) that they deserve a spot in the squad.

In this match, there were several young prospects on display who Chelsea fans on balance were keen to see be given a chance to shine, most notably Levi Colwill, as well as Ethan Ampadu, and to a lesser extent Conor Gallagher as he’s a bit more seasoned despite him still being just 22.

Colwill endured a mixed performance (some good things, some not so good things) which is to be expected given it was his first senior appearance for the club whereas the Ampadu continues to stake a claim for inclusion in Tuchel’s squad for the season, including some wonderful long-range passes which I’m sure caught the Gaffer’s eye.

What this match highlighted was that while youth is valuable from an athleticism and dynamism perspective, having experienced campaigners (Silva, Jorginho, Kovacic, Sterling) helps bring about a sense of composure and maturity which is invaluable not just in helping mentor the younger prospects and future leaders but to proving balance to the profile of a squad that’s aspiring to achieve success.

It’s always challenging to gauge too much from pre-season fixtures for a variety of reasons:

Consequently, a pre-season match, while valuable from a fitness and initial observations perspective, is not a fair representation of a standard fixture. Accordingly, one should take caution as to the genuine insights and value that is derived from such matches.

That said, and as Tuchel mentioned in his post-match reflections, this was not a particularly strong performance from his squad. While significant rotations don’t help with players trying to establish chemistry & rhythm, there were many instances throughout the match where the squad lacked the appropriate touch, pass, movement and ultimately finish which influenced the end disappointing outcome.

It’s not panic stations given the nature of the affair, but Tuchel will want to see vast improvements over the next couple of performances against Arsenal and Udinese respectively.
What did you make of this match? What are you hoping to see in the remaining two matches? Tell us in the comments below or on our socials.