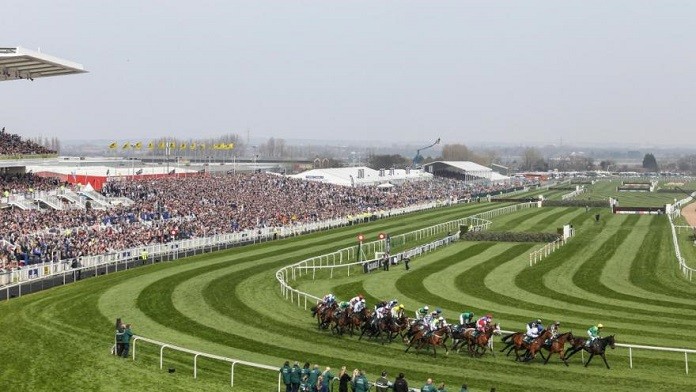 Boxing Day racing is an annual tradition for National Hunt fans and, from 2023, the 26 December schedule includes a card at Aintree for the first time. The home of the Grand National now has its part in the festive fixture list.

The move comes as Huntingdon, a fellow Jockey Club racecourse, loses it own meeting for that date. Plagued by waterlogging or frozen ground, creating unraceable conditions for horse racing in Cambridgeshire during recent years, this shake-up adds extra spice to an already busy day of Boxing Day racing in the UK and Ireland.

There are scheduled to be 11 meetings on 26 December with 10 of those being National Hunt cards. An All-Weather fixture at Wolverhampton races also takes place on this day, but here’s what we have to look forward based on the current programme over jumps:

RELATED: Get the lowdown on Aintree races today in our complete course guide.

“I’m delighted to confirm that there will now be nine days of racing scheduled at Aintree in 2023,” Dickon White, The Jockey Club’s regional director for the northwest, said in a statement. “The addition of a Boxing Day fixture is a major boost to the Jockey Club in the northwest, as we were previously without any racing on what is one of the busiest days of the year.

“With popular fixtures at nearby Haydock Park either side of Christmas, the Boxing Day action at Aintree is the perfect fit. The whole team at Aintree are thrilled and look forward to ensuring that Aintree on Boxing Day becomes a permanent fixture in local racing fans’ calendars.”

Speculation is already rife about what Boxing Day racing at Aintree could include. The Merseyside course recently switched the Grand Sefton Chase over the iconic National fences from the supporting race on its Becher Chase fixture earlier in December to headlining the track’s November meeting.

The addition of Aintree to what is an already packed programme is the biggest shake-up to 26 December, a day of wall-to-wall sport like no other, since multiple televised football matches came in. No disrespect to the likes of Fontwell, Market Rasen, Sedgefield and Wincanton, but this is a Grade 1 track coming to the party and that raises expectations.

Boxing Day racing at Aintree makes a ninth different card in the course of the year at the home of the world’s most famous steeplechase. Like those Grand National fences, the track in general is used sparingly by The Jockey Club, more so even than Cheltenham.

No details as to what the card at Aintree will contain have been released, only an announcement that a fixture will take place on 26 December from next year. Horse racing fans thinking a high-profile event will be included shouldn’t get their hopes up. Christmastime is already stuffed full of Listed and graded events in the British Isles.

Not only does Boxing Day racing include the King George at Kempton, but the Rowland Meyrick at Wetherby is a staying handicap chase option. The following day is when the biggest of all Chepstow races today, the Welsh Grand National, takes place. With extensive festivals on in Ireland over four days from 26 December and Cheltenham’s popular New Year’s Day fixture in the mix too, Aintree could get lost in the shuffle.

The meeting does at least provide for racegoers that live in the northwest. Other regions of England are well catered for already, so it remains to be seen what the card looks like. With issues like prize money and field sizes dominating the agenda, Aintree must address those here.