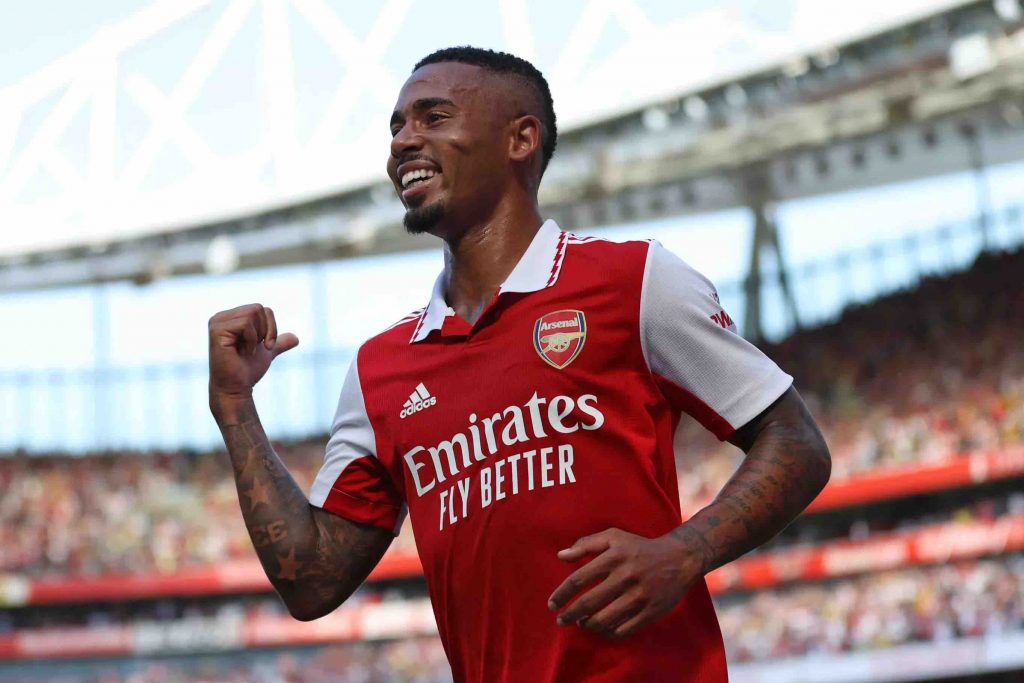 We are taking a look at Arsenal’s new £50m signing Gabriel Jesus and his odds to win the 2022-23 Premier League Golden Boot award.

Arsenal’s brand new £50m signing Gabriel Jesus from Manchester City will be deployed as the Gunners’ frontman this season following the departure of Pierre-Emerick Aubameyang to Barcelona in January.

Jesus has scored the most Premier League goals from inside the box in history, with all 60 of his strikes coming from 18 yards or less – ahead of iconic poachers Tim Cahill and Javier Hernandez.

Mikel Arteta and Jesus already have a close personal relationship from the Spaniard’s time as an assistant coach at Manchester City under Pep Guardiola from 2016 to 2019. Jesus cited this relationship as a key factor in his decision to join the Gunners.

Jesus scored an impressive brace in Arsenal’s win over Leicester City in the Premier League’s second gameweek, as the Gunners began the season undefeated through two games.

Now that’s how you make a good first impression 🤙 pic.twitter.com/4AwE0jnoBH

Who Will Win the Golden Boot?

Below you will find the implied probability of each contender based on bet365’s latest odds.