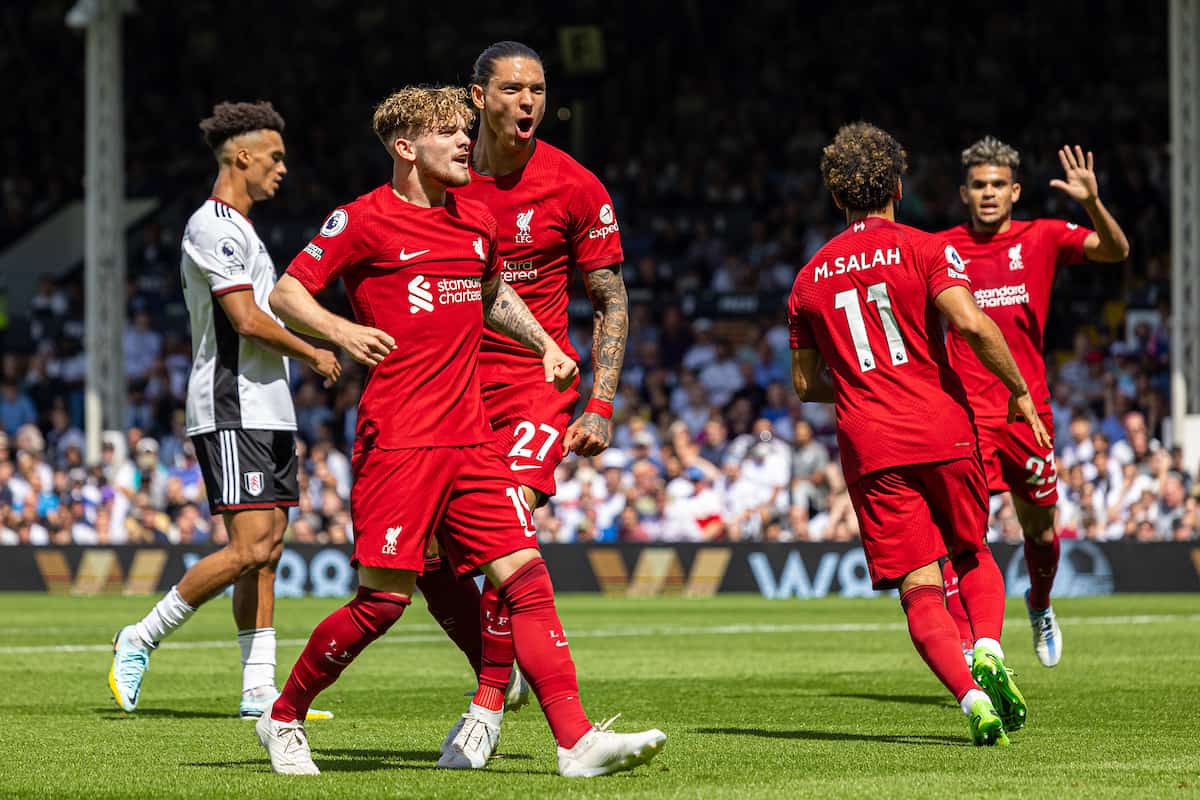 Liverpool left two points on the table at Fulham after a sluggish start to the new season, but as Harvey Elliott was quick to point out, there is “a long way to go.”

When the title is decided by incredibly fine margins, any dropped point is felt keenly and Liverpool know just that having competed against Man City over the last few years.

The Reds mightn’t have deserved all three points at Craven Cottage but that only one was added to the tally is a sore point that we will have to sit on for nine days.

Jurgen Klopp was left to say after the match that “I’m happy for the punishment we got with losing two points,” with the boss summing up “that’s not us today.”

Thankfully, there are 37 games left to play in the Premier League over the course of nine months and Elliott knows just that after his visit to his former club.

“Great feeling to be back out there at The Cottage today. Not quite our day, but a long way to go! Thanks to the travelling fans,” Elliott penned on Instagram.

The draw on the opening could come as a welcome early wake up call, but there is no questioning the Reds cannot afford too many of those results.

Liverpool drew eight games last season and the average for a title-winning campaign over the last four seasons is just four, leaving little room for error from here on out.

But for now, the focus is only to be on Crystal Palace and the three points on offer at Anfield.