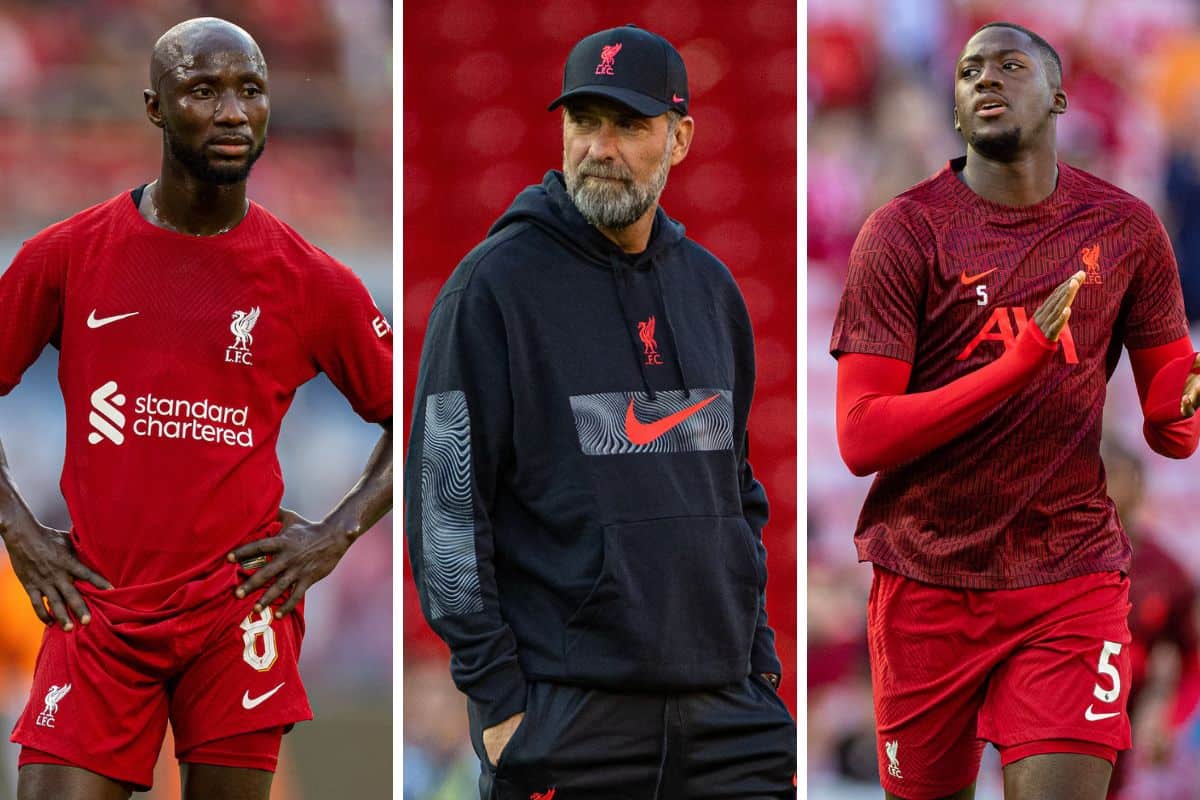 As Liverpool prepare to return to Premier League action, Jurgen Klopp has delivered an extensive injury update and suggested the club haven’t ruled out making further signings this summer.

At least 8 players ruled out of Fulham opener

In his pre-match press conference on Friday, Klopp provided the latest on a number of players who are currently sidelined.

The good news is that Alisson is now “fine” and looks set to return to the starting lineup, having missed the majority of pre-season with an abdominal injury.

However, Caoimhin Kelleher, Calvin Ramsay, Kaide Gordon and Diogo Jota remain out, having missed all of the summer friendlies through injury.

Naby Keita missed last Sunday’s friendly against Strasbourg through illness but could yet be available for the trip to Craven Cottage, with Klopp expecting the Guinean to train on Friday.

The Liverpool boss says the club do not feel that they need to re-enter the market for reinforcements at this stage, but added “the transfer window is still open, so we will see.”

Following reports from numerous media outlets this week, we can confirm an agreement has been reached with Brighton and Hove Albion for the signing of Marc Cucurella.

Hats off to Paddy Power for this! However successful Liverpool are this season, the keyboard warriors will never back down!

Looks set to be another promising season for Liverpool, but some fans still aren’t happy…

The Premier League kicks off with Crystal Palace hosting Arsenal at 8pm (GMT).

Ligue 1 also kicks off tonight with Lyon taking on Ajaccio.

Enjoy your weekend and up the Reds!