Liverpool have announced the next five names added to their legends squad to play Man United at Anfield, including a second outing for Mark Gonzalez.

The Reds take on United in a charity clash on September 24, in the second instalment of the Legends of the North series.

Back in May, the Liverpool legends sealed a 3-1 win in the first leg at Old Trafford, with Gonzalez netting twice on his first appearance – including a stunning free-kick.

The Chilean is set to follow that up with another runout for Sir Kenny Dalglish‘s side, as one of five new faces announced for the squad.

Stephane Henchoz, who has featured for the legends on a number of occasions including against Real Madrid and Dortmund, is back, along with three others who turned out at Old Trafford three months ago. 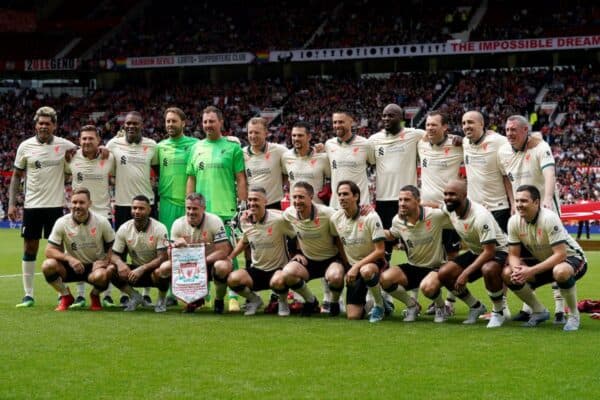 Liverpool had already announced Jerzy Dudek, Bjorn Tore Kvarme, Momo Sissoko and Steve McManaman for the squad, which will be managed by Dalglish and his assistant Ian Rush.

It is likely that a number of other veterans of the legends side will be unveiled for the tie – which is in aid of the LFC Foundation – in the coming weeks.

Those could include Jamie Carragher, Stewart Downing, Luis Garcia, Jose Enrique, Dirk Kuyt, Jermaine Pennant and Salif Diao, who all featured in the Manchester clash.

* Tickets for the Legends of the North charity match are on sale now priced at £27 for adults, £7 for juniors and £17 for over 65s. Tickets can be purchased online here.