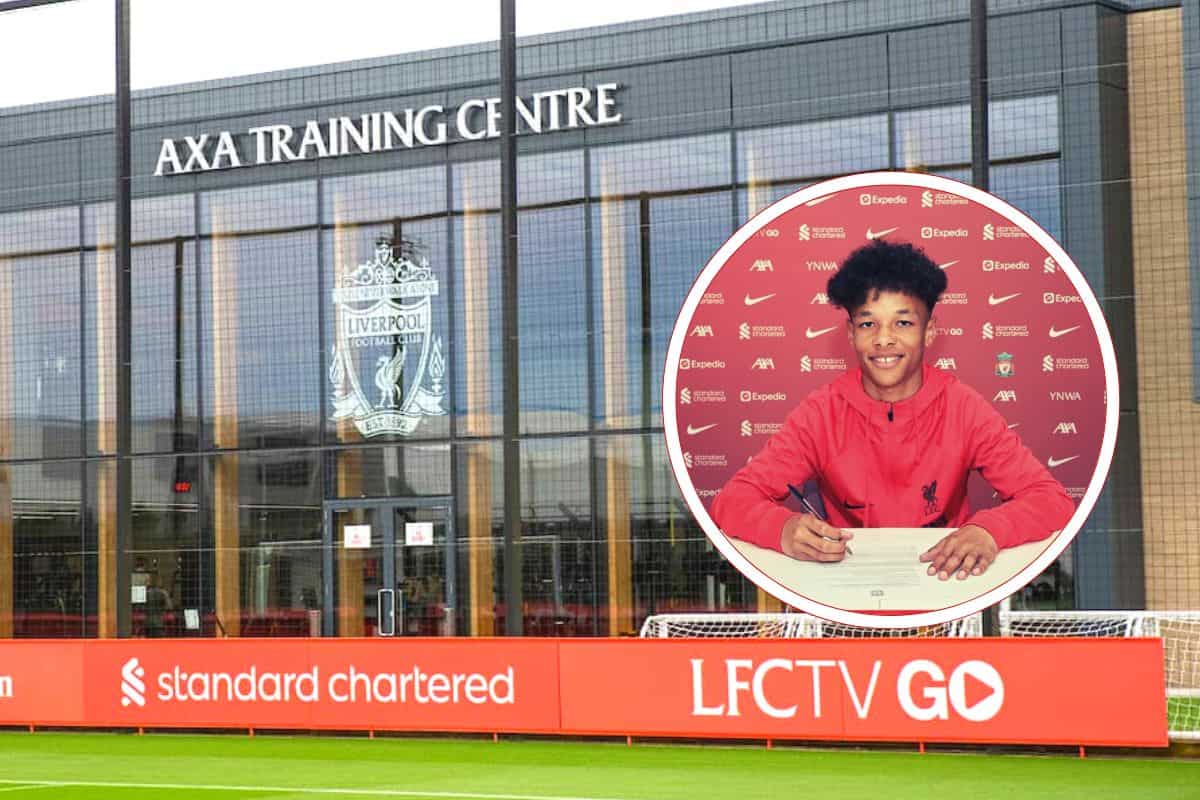 Liverpool have wrapped up a deal to sign another promising youngster, having taken a more localised approach to their academy signings since Brexit.

Overseas players under 18 can no longer be acquired, which has seen the likes of Kaide Gordon, Bobby Clark, Ben Doak and Calum Scanlon all join the Reds in the past 18 months.

Following in their footsteps is 16-year-old Trent Kone-Doherty, who has now officially announced his move to Anfield after leaving boyhood club Derry City.

The move has been common knowledge for some time after the Irish side’s under-17s manager confirmed the winger was Anfield-bound last month.

The formalities of the deal, which is expected to have cost Liverpool a compensation fee in the region of £150,000, have now been completed, with Kone-Doherty to go into Marc Bridge-Wilkinson’s under-18s side.

In his Instagram post confirming the deal, he said it was “surreal” to have joined the club.

Kone-Doherty was listed as a member of Derry City’s first-team and made his senior debut, off the bench, earlier this year.

The exciting wideman, who can play on both sides, is not eligible to sign a professional contract until he turns 17 this time next year, so has initially signed a scholarship deal.

If all goes to plan, Kone-Doherty will put pen to paper on a three-year contract next summer.

“Trent has that ‘x-factor, he’s got something special,” Derry City’s under-17 boss Gerald Boyle, told the Derry Journal in June.

“His one-on-one ability is excellent. He has got serious, serious pace but the biggest thing about him is that he has a brilliant attitude.

“He is so receptive to information, he wants to learn all the time and he’s a great team-mate as well.

“Those qualities, as well as his physical and technical abilities, will take him a long way because he’s a great kid to work with and, as I said, he wants to learn and get better. Hopefully, that takes him a long, long way in the game.”

Another Trent on the books!