What Casemiro Will Bring to Man United as Deal Edges Closer 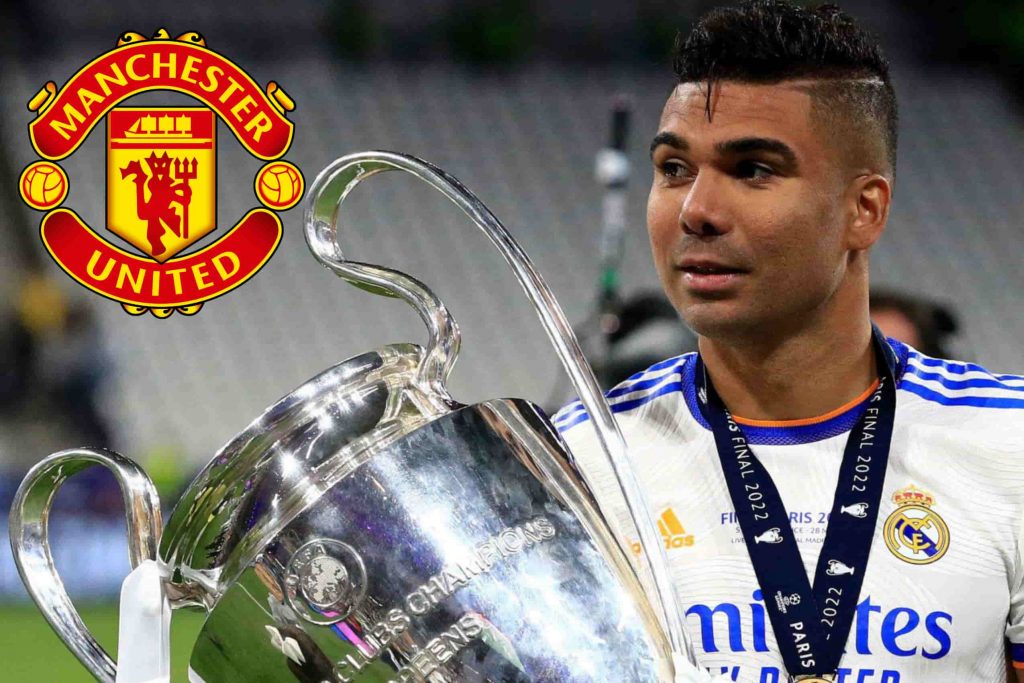 With under two weeks left until the transfer window draws to a close, it seems Manchester United are eager to step up their pursuit of an additional midfielder with Real Madrid’s Casemiro quickly emerging as their top priority.

It has been widely reported that the Brazil international is willing to make the switch to the Premier League having spent the last nine years in the Spanish capital, and manager Carlo Ancelotti confirmed his intention to try a new challenge this afternoon.

With the European champions splashing £80million on French prospect Aurélien Tchouaméni, it seems Los Blancos are willing to let one of the finest midfielders of his generation exit the club this summer.

While his current contract doesn’t end until 2025, United are prepared to pay the £60million fee required by Madrid for the now-30-year-old.

With the writing seemingly on the wall for the Brazilian as the Spanish champions look to build for the future, what could the vastly experienced holding midfielder bring to a turbulent, toxic Manchester United side?

🚨 Ancelotti confirms Casemiro’s decision to join Man United: “I have spoken with Casemiro. He wants to try a new challenge. We understand his decision”. #MUFC

“Negotiations are ongoing but he has decided to leave Real Madrid”. pic.twitter.com/GcaydjtiAu

It is truly bizarre to think just a week ago the Manchester United board were pushing hard to sign Adrien Rabiot.

With their attention now focused solely on Casemiro, it does make you wonder what the transfer strategy is among the Red Devils hierarchy.

Nevertheless, identifying one of the best players in world football to occupy the defensive midfield role is never a bad idea, but there are attributes that Casemiro brings that are almost impossible to come by.

Sergio Busquets said back in March, ‘If he’s not the best, he’s definitely among the best.’ Indeed, he was second only to the Spaniard in successful tackles last season, while he also made the most successful blocks which highlights his encyclopaedic knowledge of the game and uncanny positional awareness.

Not only this, he is technically astute, averaging 86% pass completion throughout his career, and registered fifth in forward passes in La Liga last year, which exemplifies his progressive nature as opposed to a Scott McTominay-type pass ticker.

Acquiring a player of Casemiro’s calibre also brings qualities that are incredibly rare, most notably the vast experience he has at club level.

The 30-year-old boasts a mind-boggling honours list from his fruitful spell at Madrid. Not only does he have three La Liga titles to his name, he has been a mainstay throughout their Champions League dominance over the past 10 years.

Indeed, Manchester United have two of his former teammates in Raphael Varane and Cristiano Ronaldo with whom he won four European titles with. However, Erik Ten Hag, as witnessed in the two opening defeats this season, is in desperate need of a player who can sure up the midfield.

While Fred has somewhat proved his worth in recent seasons, he is not a natural enforcer. Scott McTominay is, as far as we’re concerned, nowhere near the level required to be starting for Manchester United, and Casemiro presents a fantastic opportunity for the club to improve their spine leaps and bounds.

Manchester United face another tricky test in their search for a first victory under Erik Ten Hag, as they welcome Liverpool on Monday evening. Take a quick look at our guide to the best football betting sites ahead of kick-off.