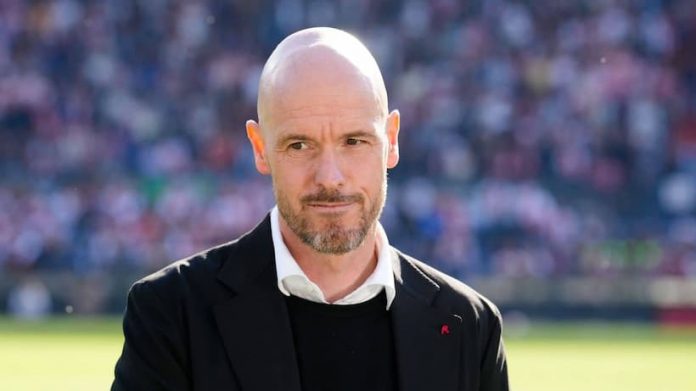 Frenkie De Jong has been at the top of Man United’s transfer list since the window opened at the start of June. Sadly for United fans its looking ever more likely the deal will fall through, with the Barcelona star set to take a 50% pay cut to stay at the Nou Camp. So, here’s our top 5 replacement United targets for the midfielder.

Currently serving as a pivotal player for Bruno Lage’s Wolves side, the 25-year-old defensive midfielder is entering his fifth year at the club and has helped them gain promotion from the championship to now becoming a midtable premier league club.

Neves has been linked with a move to Old Trafford for several seasons now and with Ten Haag looking to bring in new players to revitalize the current squad, he may be a perfect fit.

He would be quick to become a fan favorite with his outrageous long range finishes adding much needed goals to United’s midfield.

Declan Rice is on the majority of top teams’ transfer lists and for good reason. The England midfielder will be taking the armband off Mark Noble after his retirement at the end of last season.

The one problem with this move is the huge transfer fee of £100million David Moyes has set. Will Ten Haag be willing to use such a large amount of his budget on one player when he’s looking to revamp the squad.

However being only 22-years-old could the West Ham midfielder be an investment for the future?

Having been linked to the Red Devils prior to his move to Borussia Dortmund, United fans would be over the moon to see him join this summer and provide much needed energy to the squad.

Despite only being 19 Bellingham has thrived in the Bundesliga making 61 appearances in just two seasons. Moving to Old Trafford will also mean he can reunite with his fellow England international Jadon Sancho who is looking to make a fast start to the new season.

Bellingham has three years left on his contract and Dortmund won’t be keen to the idea of letting him go so if United want him they will likely have to pay a heavy fee.

Tielemens is a definite replacement for De Jong with the Belgian recently turning down a contract extension. Now only having one year left on his contract it would be a perfect time for the Red Devils to make a move.

Tielemans has been a consistent performer during his time with the foxes with 18 goals and 18 assists in 120 appearances. The only thing potentially hindering this move is the interest from other top clubs within Europe with Arsenal lining up as favorites with the bookies ahead of United.

Ibrahim Sanagre is a player Ten Haag has managed against several times during his time at Ajax. The PSV defensive midfielder has proved to be a more than worthy opponent to Ten Haag most recently helping secure PSVs Dutch Cup final win.

Looking at how United lined up in pre season the Ivorian would be a perfect fit in the double pivot and his off the ball intelligence would massively help their new style of play under the Dutchman.

Sanagre has three years left on his contract and it is unlikely PSV will be willing to let him go lightly so United will need to dip into the budget to get this move across the line.