The New Data Metric Taking The Football World By Storm

Every season there is a new data metric or analytical tool being used by the best clubs to optimize performance. Over the past few seasons xG has risen to the top. Here we look at what it is and how it’s calculated.

xG stands for Expected Goals and it is the likelihood of a player scoring based on the situation they are in. xG can be implemented for a player or a whole team and it allows you to see how effective they are in front of goal.

xG values range from 0 to 1 and the higher the value the more likely the shot will be a goal. A good example of this is a penalty which has a value of 0.76 meaning a higher chance of a goal.

Each season xG is becoming more popular, with Sky now implementing the metric in their game analysis before, during and after the games. 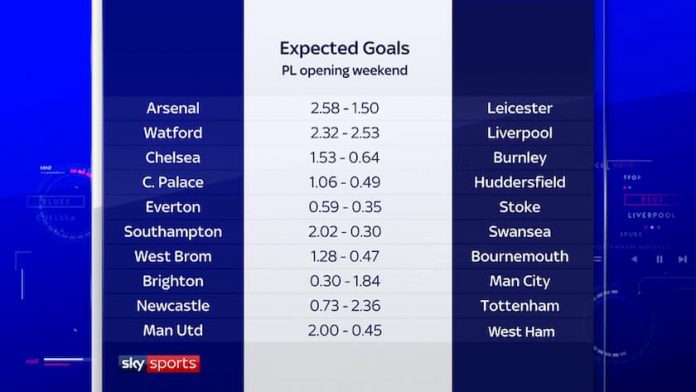 How is xG calculated?

There are what seems like endless factors that contribute to calculating xG. The most recognized ones include:

These are all used to decide the xG value for chances throughout a game.

Looking at it from a distance away from all the complicated numbers and stats, xG is quite simple. We all know a shot from the halfway line is less likely to go in that one in the six yard box, but the data metric just puts a number to these shots.

Combining xG totals throughout a season for a player/team gives the coaching staff an idea on whether they are under or overperforming. An example of this is Kevin De Bruyne who scored 15 goals last season however he only had an xG of 5.95 meaning he was overperforming his xG by 9.05.

Depth and Reliability of xG

With football being a low scoring game it would be possible to think there is a lack of depth and reliability to this data metric. However, the people behind it have access to over 2.5 million shots and 66,000 players meaning there is an abundance of depth rather than a lack of.

Regarding reliability, as everyone knows football is unpredictable and goals can be produced from several different outcomes. So xG can most definitely track the underlying performances of players/teams but it cannot say if a player will score but instead how likely the goal was.

To learn more about xG Opta have created a video to explain in more depth, or to have a look yourself how players performed regarding xG last season check out Understat.