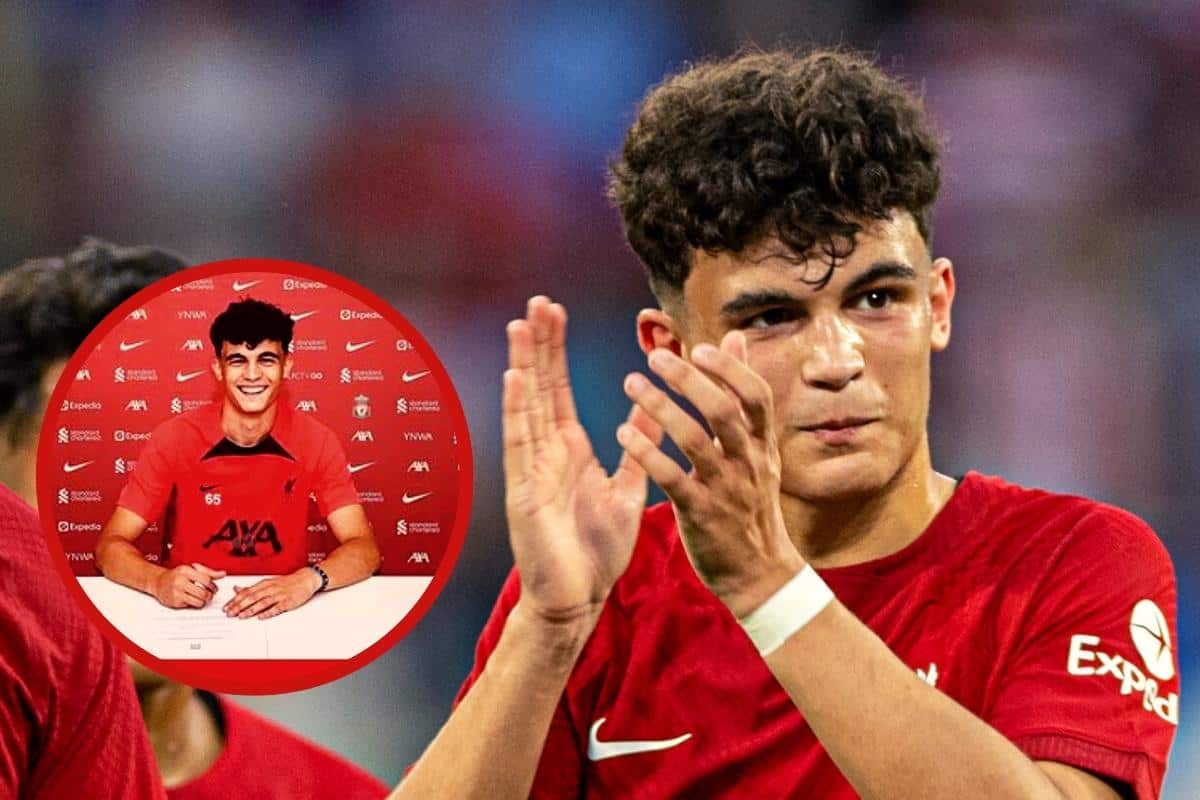 Stefan Bajcetic caught the eye during Liverpool’s pre-season and the youngster has now announced that he has signed a new contract with the club.

The 17-year-old featured in five of the Reds’ six games throughout pre-season, accumulating 189 minutes of action amid glowing reviews from senior players and coaches.

Bajcetic was then named on the bench at Fulham, a reward for his impressive summer in the No. 6 role.

It’s been a quick rise into the spotlight for the youngster after arriving in February 2021, signing his first professional deal in November and now putting pen to paper on a new contract.

He announced the news on his Instagram, saying, “Happy to extend my contract with this club. Hard work continues!”

The 17-year-old, who is a Spain national but has Serbian heritage, arrived as a centre-back but is now forging ahead in the No. 6 role.

It is a position that he was seen in throughout pre-season and Vitor Matos was enthusiastic over what he saw and what is to come.

“Stefan is a really balanced No. 6 and has a lot to grow as well, but how he is right now, he’s in a really good moment,” Matos said.

The contract for Bajcetic is reward for his pre-season efforts and he could yet find himself making his competitive first team debut this season.