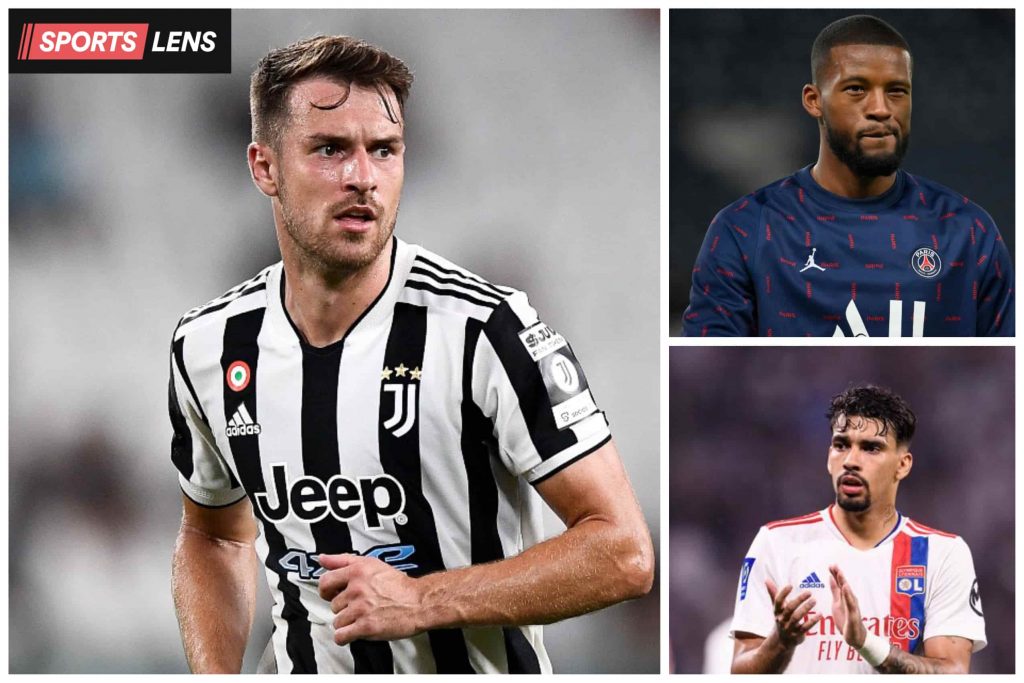 With the frequency of major deals ramping up in recent weeks as the season approaches, read below to find the latest football transfer rumours and news on Tuesday.

Wales international Aaron Ramsey has held with Juventus in order to try and force a move away from Turin and put an end to a disastrous spell in Italy (Daily Mail).

Tottenham have confirmed their sixth signing of the window with Middlesbrough right-back Djed Spence joining the ranks in £12.5m deal (Fabrizio Romano).

Manchester United manager Erik ten Hag says Cristiano Ronaldo could stay at Old Trafford beyond the year he has left on his contract (The Guardian).

Arsenal are set to complete the signing of Manchester City’s Oleksandr Zinchenko for a reported £30m (Fabrizio Romano).

Arsenal have also been handed a major boost in their attempt to land Lyon midfielder Lucas Paqueta, with the French club halving their estimation for the Brazilian (The Mirror).

Chelsea have made an opening bid for PSG’s Presnel Kimpembe, although their initial £40m approach is likely to be rejected by the French champions who are reluctant to sell (The Daily Mail).

Netherlands midfielder Georginio Wijnaldum has been offered to both Roma and AC Milan, who are considering a loan move with the option to buy (Calciomercato).

With Arsenal nearing the completion of a deal for Zinchenko, Manchester City are expected to launch their opening bid for Brighton left-back Marc Cucurella (Rudy Galetti).

West Ham are said to hold strong interest in Lille’s Belgium midfielder Amadou Onana after making a new bid of around £30m plus add-ons. The Hammers are also interested in former loanee Jesse Lingard, who is a free agent after leaving Manchester United. (Standard).

David Moyes is also pushing to bring Chelsea youngster Armando Broja to the London Stadium in a £30m deal, and an agreement is thought to be close (Evening Standard).

Both Leeds United and Leicester have been heavily linked with a move for Club Brugge’s Charles de Ketelaere. However, it now appears as though the Premier League pair will miss out with the midfielder nearing an agreement with AC Milan (The Sun).