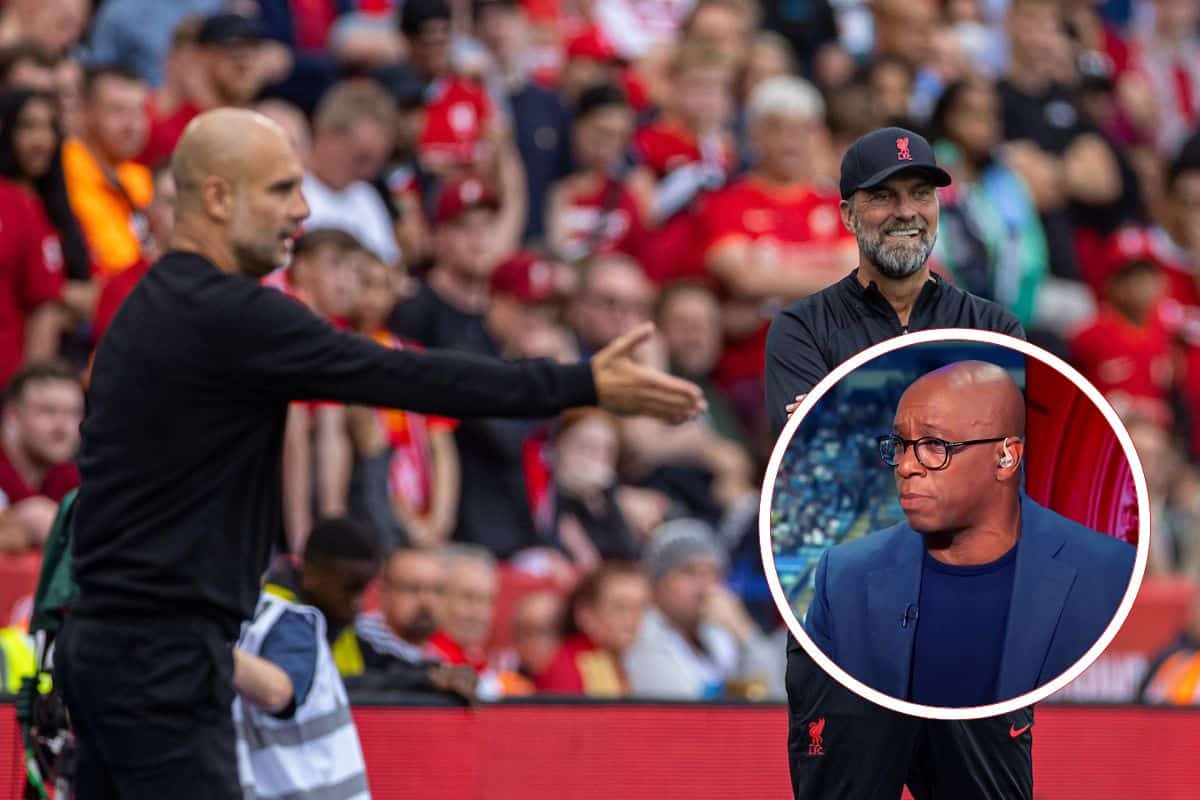 Manchester City have won four of the last five Premier League titles, with only Liverpool being able to get remotely close to Pep Guardiola’s side in that time – something Ian Wright pointed out pre-match on Saturday.

While rival fans and ‘banter’ social media accounts find pleasure in Liverpool not winning the league, missing out on two of the last four seasons by just a single point, without Jurgen Klopp‘s side City would have just won five titles in a row – something that has never happened in English football history.

Those same people who revel in Liverpool not winning a title are quick to deride leagues like the Bundesliga and Ligue 1, where Bayern Munich and PSG dominate so easily.

Without Liverpool, the Premier League would be one of those so-called ‘Farmers Leagues’ now.

And this is something Ian Wright pointed out on Saturday ahead of the Community Shield.

“If Liverpool weren’t doing what they’re doing, City would be running away with the league. It would be boring.

“People are saying I’m a closet Liverpool fan! I’m thankful for them [Liverpool] because we wouldn’t [have any competition] so they deserve credit and good luck to them – I hope they can [compete].”

Wright added on City’s transfers too: “City are so good and now they’ve signed Erling Haaland as well might be the final piece in their jigsaw.

“Liverpool are having to do the work they have to do to get players out to get them in whereas City are able to buy a player like this [Haaland] and Kalvin Phillips and [Julian] Alvarez.”

Wright is correct in his assessment, as he often is as a pundit, able to see the full picture.

Liverpool got a slight marker on City ahead of the new season with Saturday’s Community Shield win, but they know that City often start slow before hitting near-perfection later in the season.

City added Haaland on wages reported to be £375,000 per week this summer, along with Kalvin Phillips and Julian Alvarez. They’re also looking to add another expensive full-back with their pursuit of Brighton‘s Marc Cucurella.