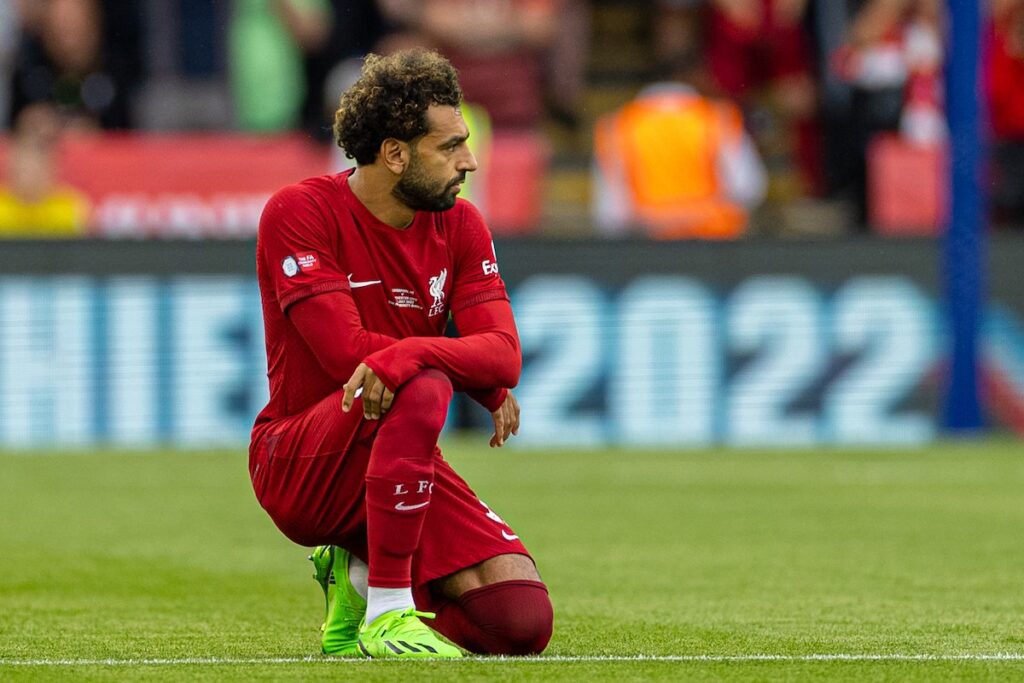 
The Premier League has confirmed that players will no longer take the knee before every game, instead only doing so in “significant” points in the season.

Players widely began to take the knee before Premier League games during the 2019/20 season, with it becoming a custom ahead of kickoff ever since.

First originated by NFL player Colin Kaepernick in 2016, taking the knee is a symbolic gesture against racism in society and was amplified in the UK following the death of George Floyd under police brutality.

But concerns have been raised in recent months over the message it sends, with Wilfried Zaha insisting at the start of 2021 that he would no longer take the knee as he felt it was “degrading.”

In a statement last week, Swansea City confirmed their players and staff would not be taking part at the start of the new campaign.

Manager Russell Martin referenced the manner in which Liverpool loanee Rhys Williams‘ abuse last season was treated by authorities, explaining that the players “felt really let down” and that taking the knee “had very little meaning” after.

Now, the Premier League has confirmed that clubs would no longer be taking the knee before every game in the 2022/23, and instead would only do so at specific points. 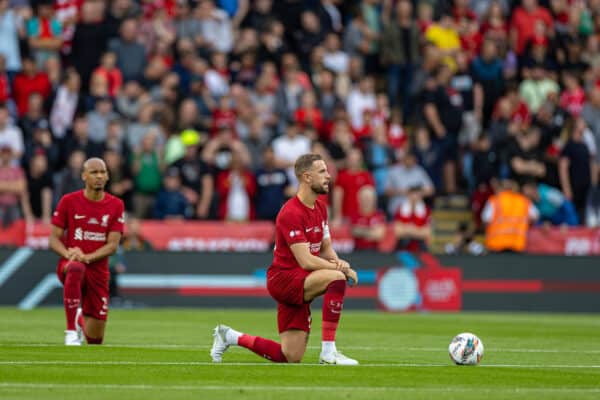 That includes the opening and closing games of the season, dedicated No Room for Racism fixtures in October and November, Boxing Day games and the FA Cup and League Cup finals.

A statement from the Premier League captains confirms: “We have decided to select significant moments to take the knee during the season to highlight our unity against all forms of racism and in so doing we continue to show solidarity for a common cause.

“We remain resolutely committed to eradicate racial prejudice, and to bring about an inclusive society with respect and equal opportunities for all.”