Manchester United are willing to let star striker Cristiano Ronaldo leave on loan this summer, provided that he extends his current contract at Old Trafford, as they look to reach a compromise with their forward.

Cristiano Ronaldo is set to finally return to England after a standoff with Manchester United over a potential departure in order to hold talks with Erik ten Hag, but there remains no clear date for the 37-year-old to return to Red Devil training.

And, as per the Sun, ‘United are willing to accept a loan move for the upcoming season so he can play in Europe’s top club competition, with Atletico Madrid the latest club to be linked.

But, they add ‘that would only be under the condition that he commits to another 12 months, meaning he would still be a player at the club at 39’.

His return to England this week, they claim, is in order to ‘demand to leave Manchester United now’, though where he will move to remains to be seen.

Where could Ronaldo go?

Doors continue to close for the six time Ballon D’or winner this summer, with Barcelona, Real Madrid, Bayern Munich and Juventus all having seemingly ruled themselves out of the race.

Meanwhile, Thomas Tuchel and Chelsea harbour doubts about his suitability for the side, having just offloaded Romelu Lukaku and fearing a repeat. Atletico Madrid had been one potential destination mooted in the media, but a mass protest on social media has made this already unlikely scenario even more so.

Meanwhile, his desire to continue playing at the top level has ruled out approaches from boyhood club Sporting Lisbon, as well as offers from Saudi Arabia and the MLS.

And, likely as a result of this the Athletic report that ‘sources around the matter suggest it is increasingly likely that Ronaldo remains at United, but there is still a lack of clarity about the situation’.

Whether United will get a fully 100% committed Ronaldo is another matter.

Monday transfer roundup: What you missed including Scamacca, Ronaldo, Kounde and more 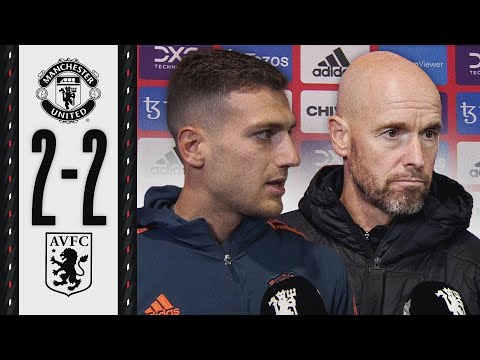 Ten Hag & Dalot Give Their Thoughts On The Aston Villa Draw 🤝