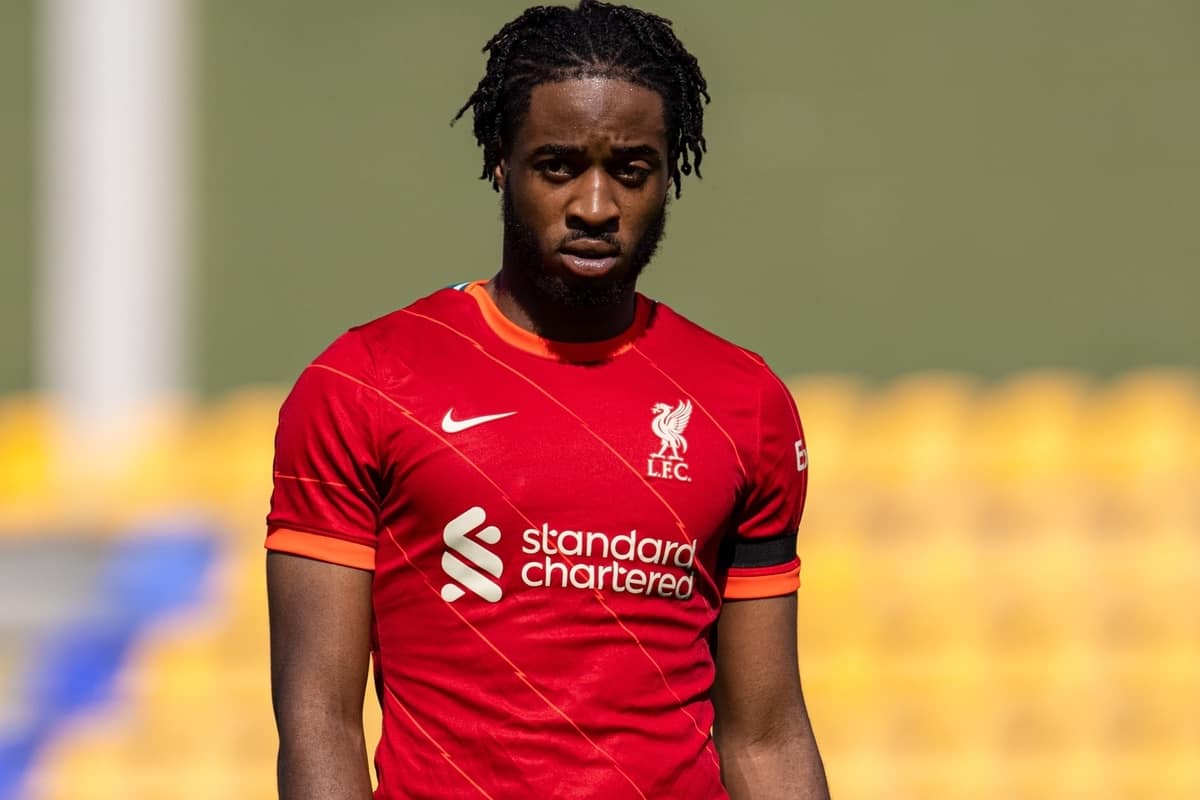 Kevin Betsy admits Crawley had “no right” to sign a player of James Balagizi’s quality after the Liverpool loanee helped humiliate Premier League Fulham in the Carabao Cup.

Reds boss Betsy convinced 18-year-old Balagizi to swap Anfield for a season in Sky Bet League Two having worked with him at youth level with England.

“These are the things when your connections are able to bring a player like him to the football club. We had no right really to be signing a player of his quality.

“But the relationship that we have and the trust Liverpool have in us as coaches to give their players to us and allow them to flourish and progress speaks volumes for what we know we can do with young players.

“James, hopefully he’s going to have a fantastic career going forward, and this is the early steps of understanding men’s football and he’s doing a really good job.”

England Under-19 international Balagizi now has three goals for the season after adding to captain Tom Nichols’ opener on a memorable night at Broadfield Stadium.

Victory over the Cottagers was Crawley’s third Premier League scalp in four seasons following cup victories over Norwich and Leeds and provides a much-needed boost after a winless start to their league campaign.