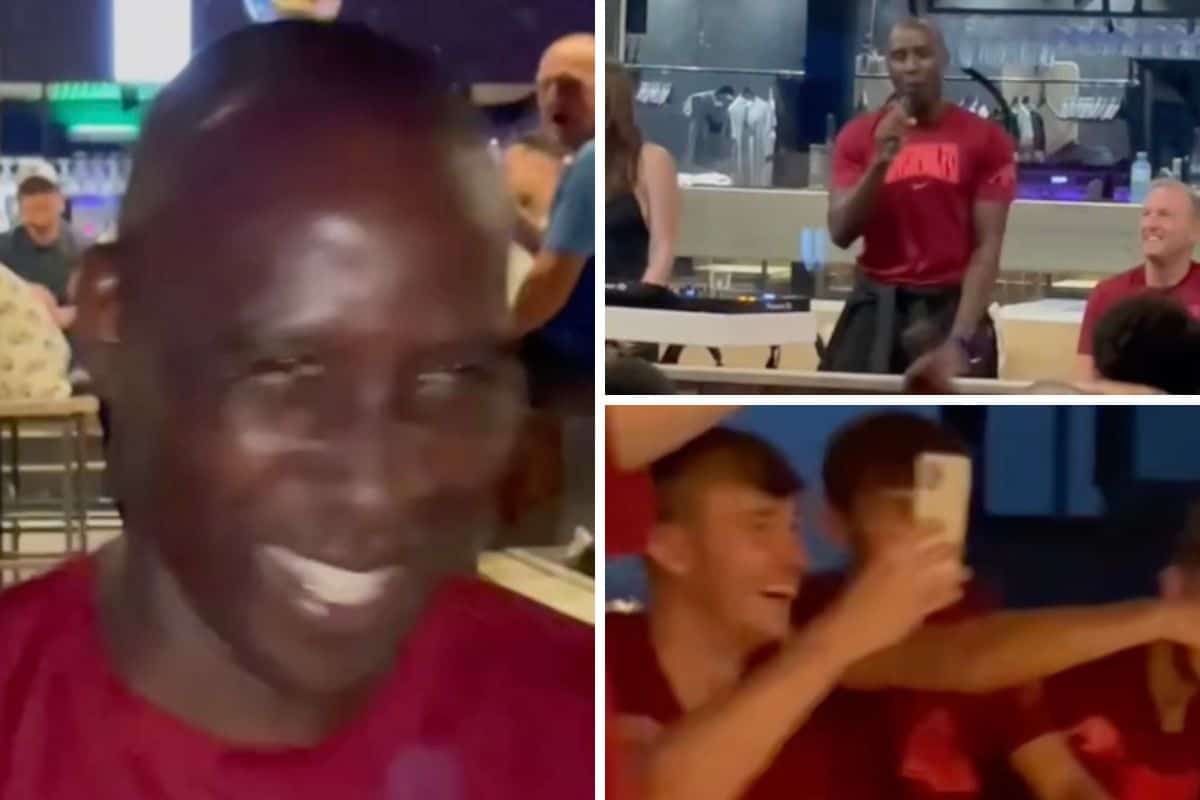 Liverpool’s annual initiations night appeared to take place in Austria on Monday, and one staff member stole the show with his rendition of Vanilla Ice – Ice Ice Baby.

It was the performance that had the likes of Virgil van Dijk, Ibrahima Konate and Naby Keita going crazy in the front row.

Footage has emerged showing a Liverpool member of staff performing his initiation song in Austria this week, but not one you may recognise.

So who is the mystery man who perfectly rapped ‘Ice Ice Baby’ during the Reds’ open mic night?

Yinka Ademuyiwa is a popular member of the backroom staff who has been part of the kit coordination team since last year.

And it was his performance that had the players and fellow staff up on their feet in the latest event designed to help with team bonding ahead of another gruelling season.

Konate, in particular, looked to be enjoying himself, picking up a cushion off his seat and waving it in the air as Ademuyiwa was rapping.

It’s unclear whether any of the players did their initiations on the night, but it would seem likely given the set-up on show for Ademuyiwa’s performance.

Fabio Carvalho, Darwin Nunez and Calvin Ramsay will all have been asked to perform, not forgetting Luis Diaz, who arrived from Porto in January.

Taffarel joined the players for a spot of fishing in Austria! ?https://t.co/bo5AytSHHF

Previous stars of the open mic night have included Alisson and Van Dijk, who both sang during the Reds’ trip to Evian in 2018.

Naby Keita and Xherdan Shaqiri were also filmed performing on that night, but not quite at the standards of those before them!