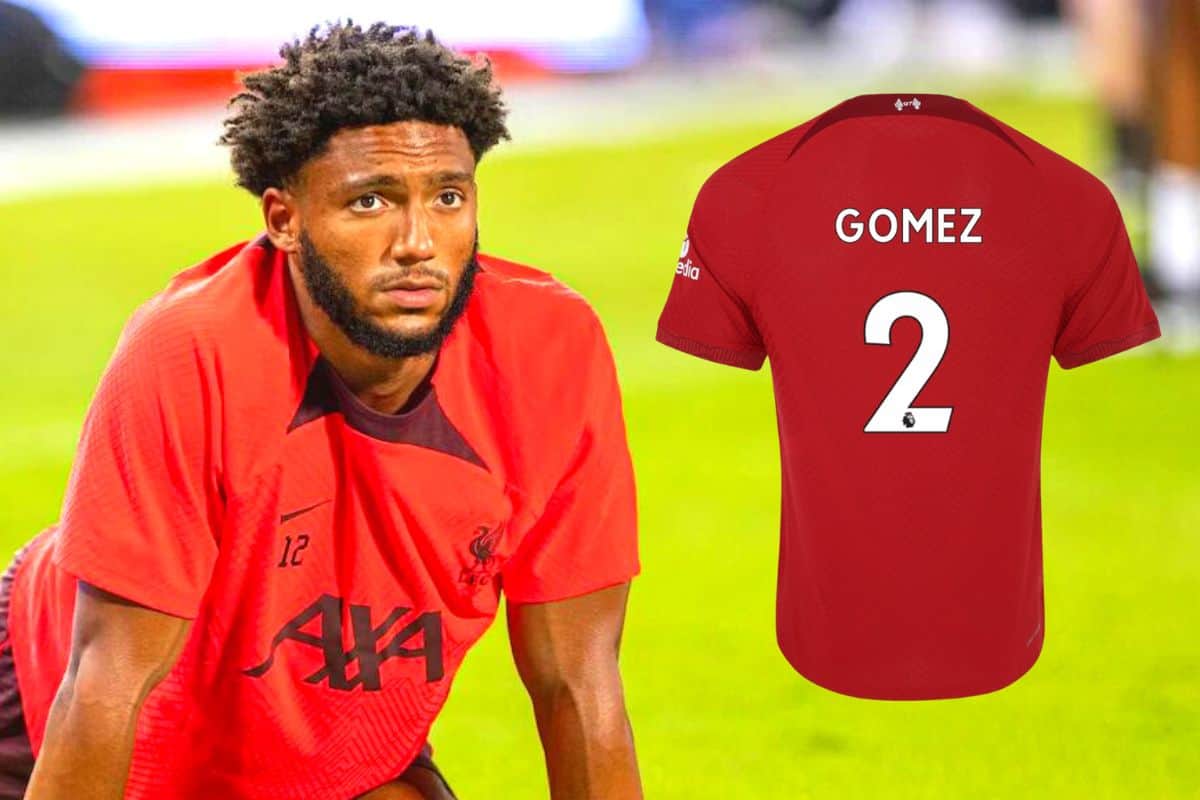 Joe Gomez has vacated his long-serving No. 12 shirt ahead of the 2022/23 season, with the 25-year-old offering to reimburse fans after changing to a new number.

Gomez has worn the No. 12 since his £3.5 million move from Charlton in 2015, making 142 appearances in the shirt over seven seasons.

But after signing a new five-year contract with Liverpool earlier this summer, the centre-back has now taken a new squad number.

He will now wear the No. 2 last worn by Nathaniel Clyne.

The club have announced that supporters who already purchased ‘Gomez 12’ shirts for the new season will be personally reimbursed by the player.

Those supporters can swap those shirts for a ‘Gomez 2’ shirt at official LFC club stores.

Since squad numbers became a thing, the 3 outfield players with the most apps for #LFC without ever scoring have now all worn #2 for the club:

Would love Gomez to end that! https://t.co/mImiMYSDO6

Remarkably, according to Opta’s Michael Reid, the three outfield players with the most appearances without ever scoring for Liverpool since squad numbers began all wore the No. 2 shirt.

The call to swap squad numbers follows a similar decision by Harvey Elliott heading into the new campaign, with the 19-year-old taking the No. 19.

Gomez’s switch could please the anoraks among the Liverpool support, with only one shirt number from the traditional 1-11 now vacant.

The No. 10 is still to be filled following Sadio Mane‘s summer move to Bayern Munich.