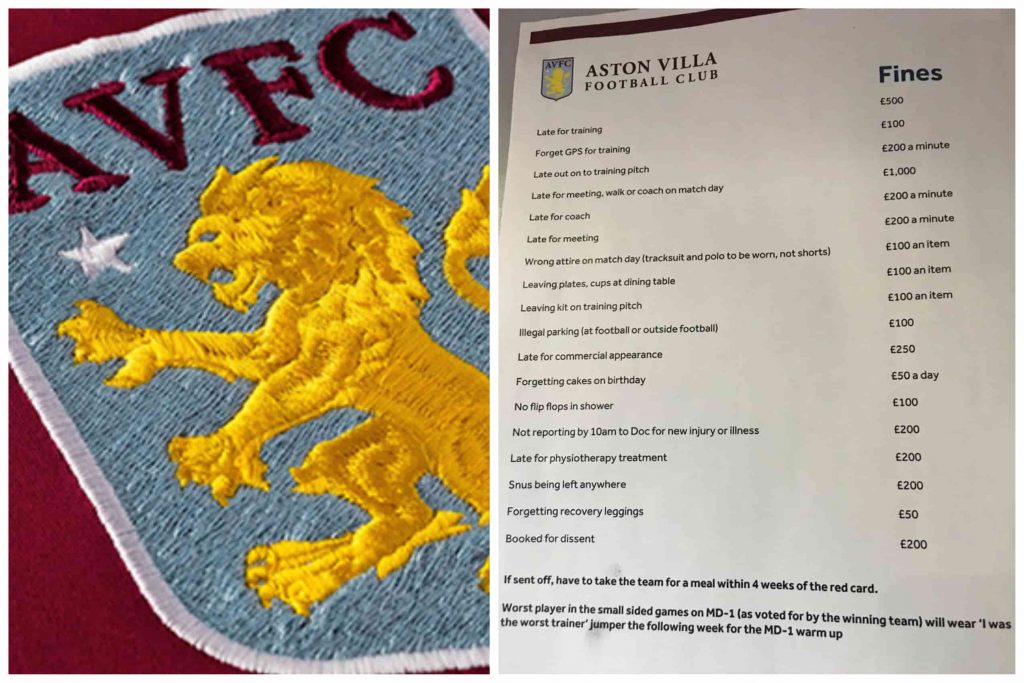 A sheet of paper with the supposed fines imposed on Aston Villa players has been leaked, revealing some rather unusual antics.

The picture at hand reportedly pre-dates Steven Gerrard’s arrival as manager, so it is unknown whether these measures still exist at Villa Park.

However, the unnamed former boss was seemingly particularly stringent over punctuality as you’d imagine most Premier League sides are, but as you make your way further down the list, the outlawed behaviour becomes increasingly bizarre. 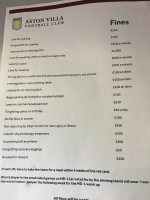 Late-comers to training, team meetings and match days would see players lose the most substantial amount of money, with a brutal £200 every minute you are late.

Of the more left-field requests, we are particularly big fans of the ‘forgetting cakes on birthdays’, which would set one back £50, while ‘snus being left everywhere’, which is a popular oral tobacco product, is certainly an intriguing one given the strict health regimes players have to follow in modern football.

Our absolute favourite however is the zero-tolerance on a lack of discipline, which on top of fines already given by the league, players would also face an internal one; £200 for being booked for dissent, or our absolute favourite fine on the list, a meal to be paid for the entire team following a red card.

It also got us thinking about some of fines lists seen elsewhere down the years, the most extreme being Frank Lampard’s supposed one during his time as Chelsea boss.

£20,000 for being late to the start of training is an unspeakable amount of money for the majority of people, but when you compare it to how much Premier League footballers are earning week-in-week-out, Lampard is probably right to demand this sort of fee for simple tasks.

On the other end of the spectrum, this fine list from two years ago at Walsall always makes for great reading. Some of our favourites include £5 for failing to wash your bottle out after training, while the most substantial fine stands at £100 for refusing to sing during an initiation. 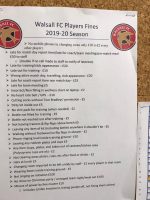