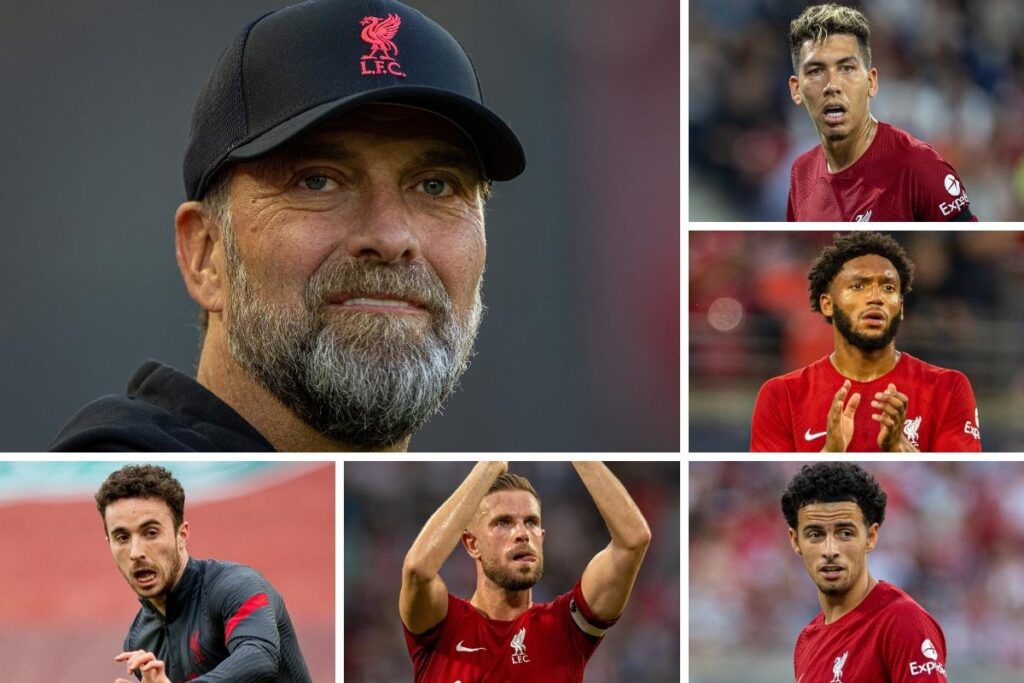 
Jurgen Klopp has given an update on Liverpool’s injury situation, with Roberto Firmino back but mixed news on 11 players who missed training on Thursday.

The Reds prepare for only their third game of the Premier League campaign with an abnormal number of first-team injuries.

Firmino and Joel Matip were added to the absentee list ahead of the 1-1 draw with Crystal Palace on Monday, with Joe Gomez and Jordan Henderson only fit enough for the bench.

All four of those were pictured during Liverpool’s training session on Thursday, but Firmino and Gomez are the only players to have taken part in the full session.

Instead, Henderson and Matip continued individual work on the outdoor pitch, as was the case with Nat Phillips, who started at Anfield earlier in the week.

In total, 11 players were forced to miss training ahead of the trip to Man United. 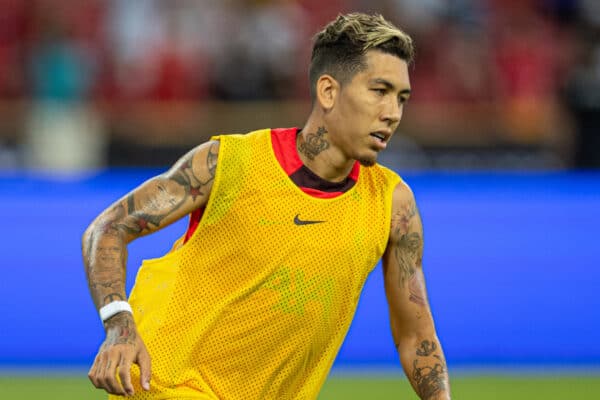 Speaking to reporters on Friday morning – three days before kickoff at Old Trafford – Klopp confirmed that Firmino is the only player to have sat out the previous game who is now back.

Asked about the situation with Curtis Jones and Diogo Jota, who are expected to be the first of the long-term absentees to return, Klopp said: “Getting closer, but not [ready for Monday]. No chance for it.

“Ask after the game again, but no chance for this game.”

The manager revealed that Gomez “will start” at United having only been named on the bench against Palace due to a “little thing.”

But there was no update on Matip, Henderson or Phillips, with it still unclear whether the trio will be fit to join the squad in Manchester.