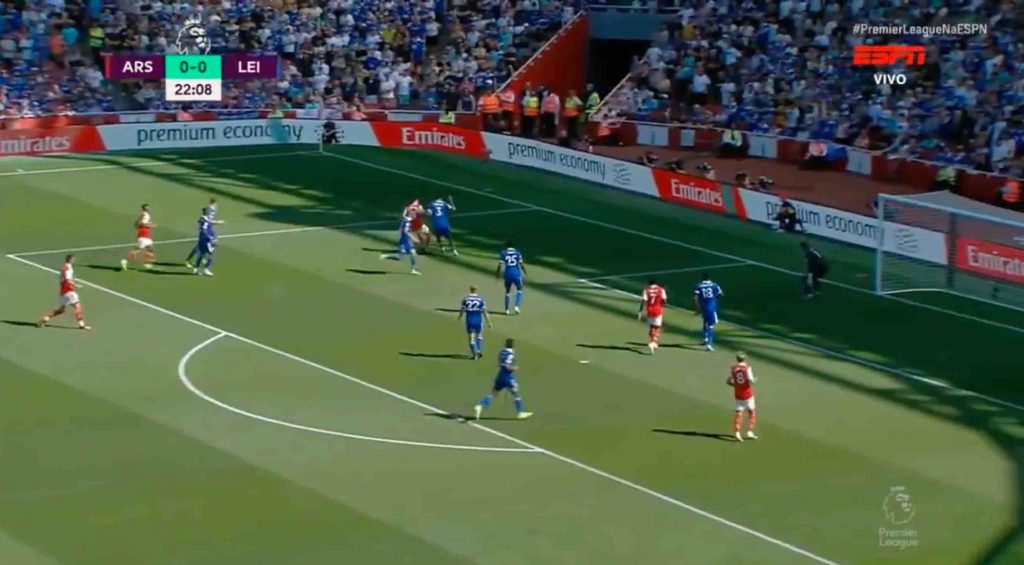 Jesus now has 59 goals in the Premier League and scored for Arsenal with his third shot for the club, guiding the ball up and over Leicester goalkeeper Danny Ward between the sticks.

Arsenal are looking to follow up last week’s 2-0 win at Crystal Palace with a win against Leicester today, as excitement within the fanbase grows daily.

You can check out out the latest football betting sites to bet on Arsenal this season here!