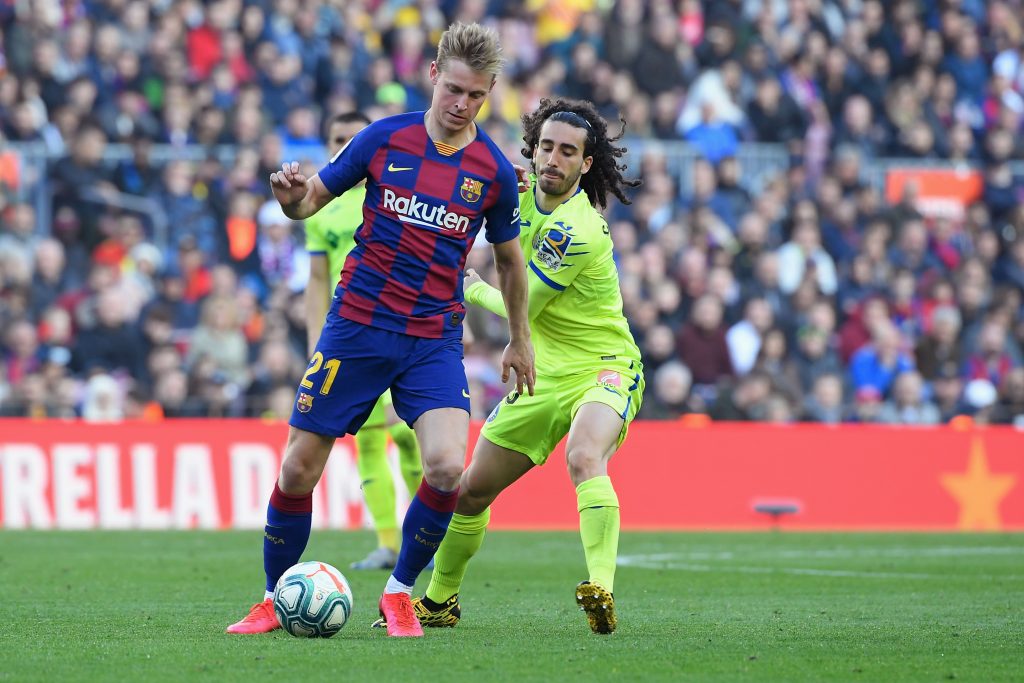 Frenkie De Jong was abused by Barcelona fans as he entered the training ground on Wednesday morning. As Barcelona’s financial crisis continues De Jong is owed £17m by the club and wants it all before the end of summer.

Footage has emerged of The Dutchman entering the training ground to abuse from several Barcelona fans. One fan was even heard shouting “accept a salary cut B****” towards De Jong.

Barcelona fans have been videoed shouting at Frenkie de Jong:

Barcelona are wanting De Jong to reduce his salary on top of waiving his deferred wages but the dutchman is unwilling to do either to the anger of Barca fans. He is not the first player to have received abuse of fans with Martin Braithwaite subject to boos from the crowd as he refuses to be pushed out of the club.

Barca still can’t register their new signings ahead of the new La Liga season, which could lead to new star players such as Robert Lewandowski and Raphinha missing the season opener. De Jong, however, is available for their season opener against Rayo Vallecano.

The current saga around De Jong makes it ever more likely he will move from the club, with both Manchester United and Chelsea targeting him with some of the UK’s best football betting sites making it odds on that he will leave the Camp Nou for and English club before the transfer window closes..

Chelsea are in the front seat for claiming his signature as it seems all that’s left is to agree personal terms with the player, as Man United’s deal which was agreed in July looks to of disappeared.

De Jong has a big decision to make as he wants to stay at Barcelona but is unwilling to meet any of their demands, so it will be interesting to watch this saga play out as the transfer window comes to an end in a few weeks.