Erik ten Hag may have made the Pep Guardiola call, but he does not have the same tools – Man United News And Transfer News 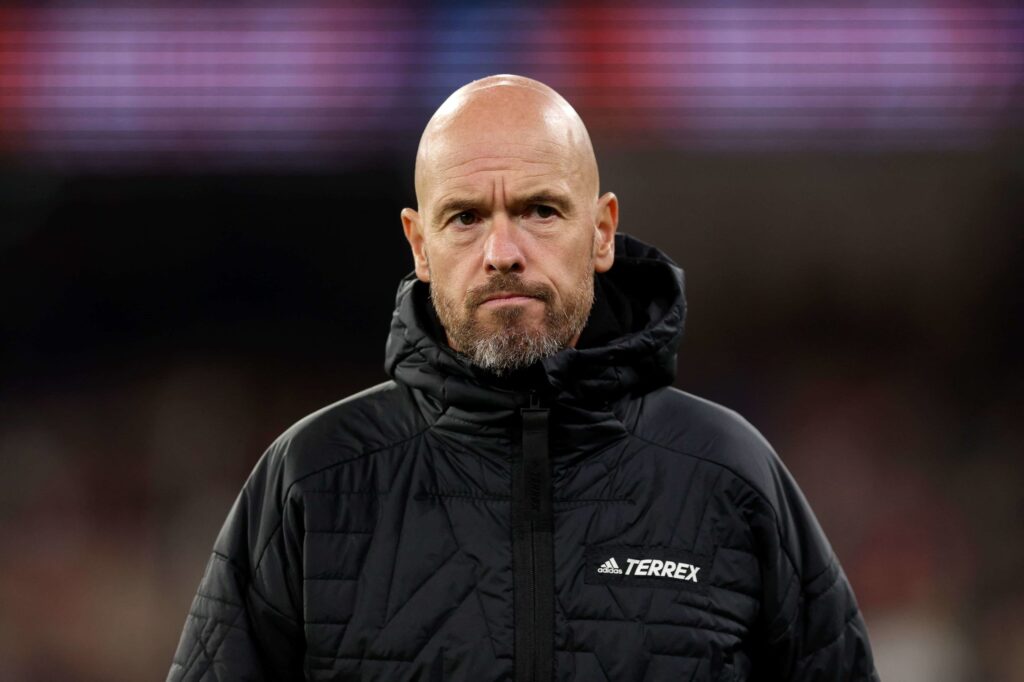 
Erik ten Hag’s false nine experiment against Brighton and Hove Albion didn’t come off for Manchester United, it is fair to say.

It was a perfectly reasonable experiment to field for the game, for a couple of reasons, with the most obvious being his lack of options.

Anthony Martial sustained a hamstring injury against Atletico Madrid in United’s final warmup game while Cristiano Ronaldo had opted to remove himself from the club’s preseason preparations.

However, there is a strong possibility that Ten Hag would have opted for a false nine system even with those players readily available.

In the opening stages of the game, Eriksen’s movements into deep positions gave United options through the middle, which enabled United’s wingers to stay high and wide. This pinned Brighton’s wingbacks as the half went on, disabling The Seagull’s ability to work the ball up the pitch through them.

It is exactly how Pep Guardiola responded to Ole Gunnar Solskjaer’s 5-3-2 brainwave, which had given the former boss a lifeline towards the end of his tenure with a 3-0 away win at Tottenham.

Still reeling from the 5-0 mauling by arch-rivals Liverpool at Old Trafford, City rubbed salt in the wounds with a 2-0 victory that saw United unable to string four touches together – it was arguably an even harder watch for the Red Devils.

With Bernardo Silva as a false nine, United’s three centre backs had nobody to mark, while Bruno Fernandes, Fred and Scott McTominay were overloaded by Silva’s combinations with City’s own midfield three.

That issue was compounded by the high, wide positioning of Phil Foden and Gabriel Jesus, preventing United from building through either the wingbacks or the midfield – turnovers just happened far too quickly for Solskjaer’s side. The Norwegian had no response, but faced with the same tactical issue on Saturday, Graham Potter did.

The ‘4’ on Potter’s 3-4-3 switched from a single bank and into a ‘2-2’ split, congesting the centre of the pitch and denying United the space that their false nine system had created in front of Brighton’s defence. And thanks to the work rate of Pascal Gross (who scored twice) and Moises Caicedo (Biss-who-ma?), the flanks were no easier to exploit for Jadon Sancho and Marcus Rashford – although Rashford did still get joy in behind twice, the chances came to nothing.

Potter made this switch with barely twenty minutes gone and got his reward almost immediately.

Arguably, Ten Hag should have seen this coming. In the build up to the game, the United Matchday Magazine warned of Brighton’s used of diamond-creating possession structures while as The Athletic writer Liam Tharme noted after the match, Brighton’s ‘box’ midfield had already torn United apart only months ago.

Instead, the Dutchman’s focus was on Brighton’s more direct style of play in this match, as he bemoaned his side’s inability to win second balls.

He also made note of the passing mistakes made by United in building up – an issue entirely separate from the system used, but one that was clear for all to see. These mistakes came about pretty much whenever Brighton applied pressure on Scott McTominay and Fred, with Diogo Dalot also struggling.

For these three players, unfortunately it doesn’t really matter what the coach has told them or how well – they are simply unwilling or unable to receive the ball on the half turn, an issue Paul Scholes noted regarding United’s midfield after the match.

By receiving the ball in positions where they have only one direction in which they can play, they become obvious pressing triggers for the opposition, as they do themselves no favours in giving themselves and their teammates no options in possession.

Carl Anka, also of The Athletic, has written on how the ‘McFred’ partnership is holding United back, making note of how each player seemingly needs six touches where a midfielder of the standard United should have would need two.

In his other post-match article, he argues that Christian Eriksen’s deployment as a false nine could well have worked had his teammates taken advantage of the spaces his movement created early in the match.

But ultimately, when there are a number of players in positions that are vital to the team’s build up who dally on the ball and limit their own options to the extent that they may as well all be man-marked by a Park Ji-Sung in his prime, those spaces will – more often than not – disappear.

Ten Hag may have made the same call as Pep Guardiola would have , but he needs sharper tools to carve out success.

United Matchday Magazine – the online football programme
Panic stations already. A statement of intent needed. How will Ten Hag respond? The season must truly start on Saturday. Get your Brentford matchday mag now!