Images from Liverpool’s latest training session have indicated a return to training for one of their star defenders, while it’s been reported that six more players are ‘expected’ to leave this summer.

Liverpool are back on home soil following their tour of Asia last week, and the latest images from the AXA Training Centre have provided something of an injury update.

Joe Gomez, who missed the Reds’ victory over Crystal Palace in Singapore with ‘a knock’ on Friday, looked to be back in action with the rest of his teammates today.

Jurgen Klopp eased fears over the extent of Gomez’s issue after Friday’s friendly, and the defender’s involvement in Monday’s session suggests his absence from the match was nothing more than a precaution.

Caoimhin Kelleher, Calvin Ramsay and Kaide Gordon, who all missed the Reds’ tour of Bangkok and Singapore all seemingly remain absent.

There was also no sign of Alex Oxlade-Chamberlain, who picked up a hamstring injury against Palace on Friday and looks set for a spell on the sidelines, while youngsters Tom Hill and Melkamu Frauendorf again missed out, having picked up knocks towards the end of last week.

However, academy prospects Isaac Mabaya and Stefan Bajcetic were included, which could be a sign that they’re in line for more first-team involvement before the beginning of the season.

Less than three weeks to go until Fulham! 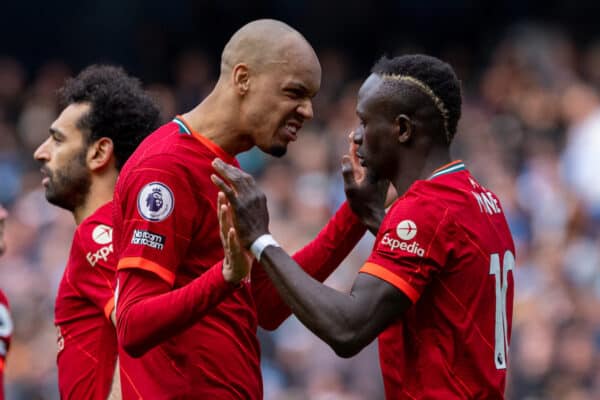 We feel you, skipper!

The group stages at the Women’s Euros conclude with Iceland taking on France and Italy facing Belgium.

France have already booked their spot in the quarter-finals as group winners and all three other Group D teams are still in with a chance of joining them in the knockout stages.