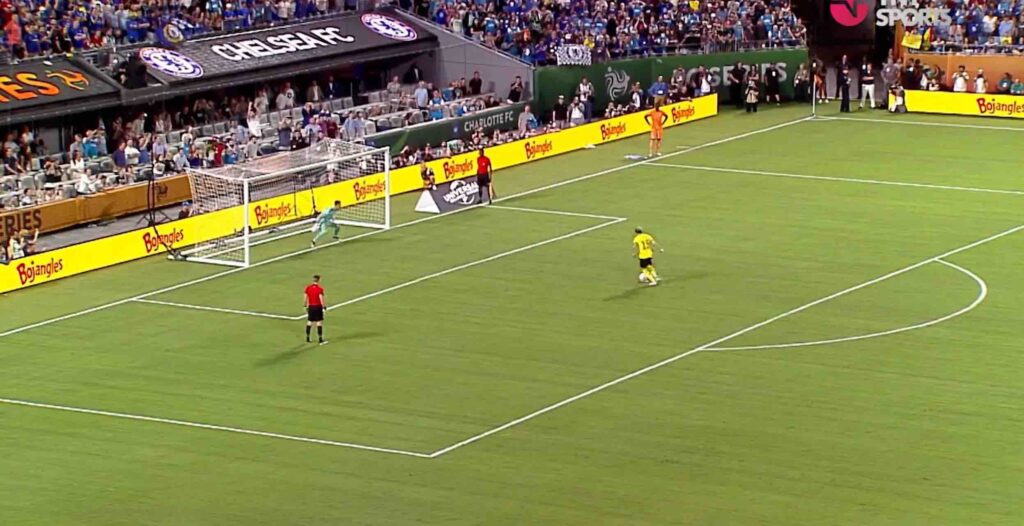 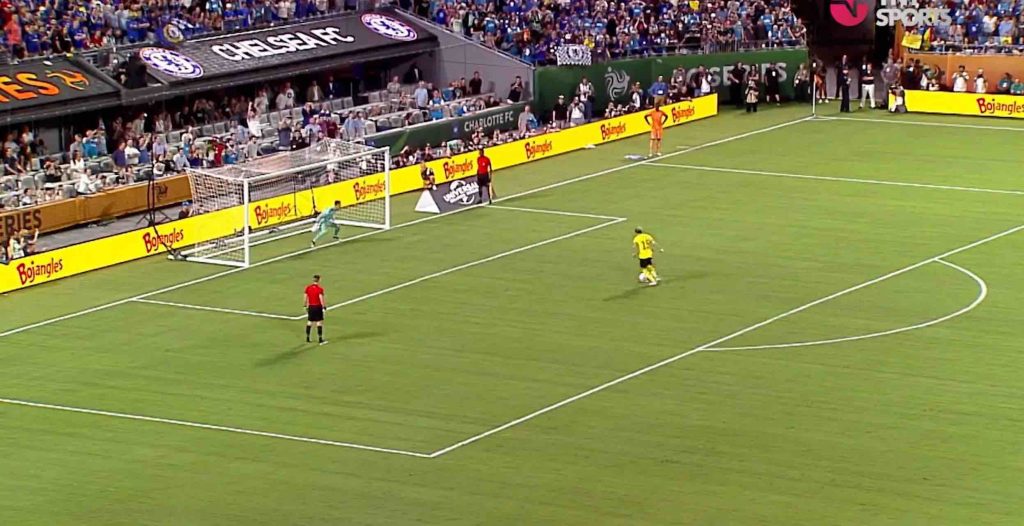 Chelsea fell to a disappointing defeat in a pre-season friendly against Charlotte FC on penalties, but it was Conor Gallagher’s horrendous miss from 12 yards that stole the headlines.

After a successful loan spell at Crystal Palace last season, Gallagher earned himself a nomination for the PFA’s Young Player of the Year award which was eventually won by Manchester City’s Phil Foden.

Chelsea supporters around the globe have been itching to see the newfound Conor Gallagher in royal blue, but were shocked with what they saw in Wednesday night’s penalty shootout in Charlotte.

This kick from Conor Gallagher 🥴

This was a risky move from the 22-year-old England international. If the goalkeeper dives right or left, he looks like a genius as his soft penalty slots home straight down the middle.

However as the goalkeeper remained rooted to the spot, Pablo Sisniega watched as the ball rolled perfectly into his arms and gave Charlotte the advantage in the shootout.

Many have placed Gallagher’s penalty amongst the worst spot-kick misses in football history, alongside Thierry Henry and Robert Pires’ disastrous attempt against Manchester City in 2005.

Robert Pires and Thierry Henry fluffed their lines when their penalty routine back fired against Manchester City at Highbury. pic.twitter.com/vkzfpzbR7m

John Terry’s miss to lift the Champions League trophy in 2008 against Manchester United in Moscow is also a memorable blunder, however at least he was able to give it a chance.

It might be fair to say that Conor Gallagher simply delivered the ball to the goalkeepers arms in gift wrap with a ribbon on top.

Despite Chelsea’s light-hearted setback in North Carolina, Thomas Tuchel’s side are 14/1 to win the Premier League next season which begins in just a matter of weeks.

If you fancy a punt on the Blues’ title chances with new additions such as Kalidou Koulibaly and Raheem Sterling with a deal for Jules Kounde on the brink, check out the best football betting sites.