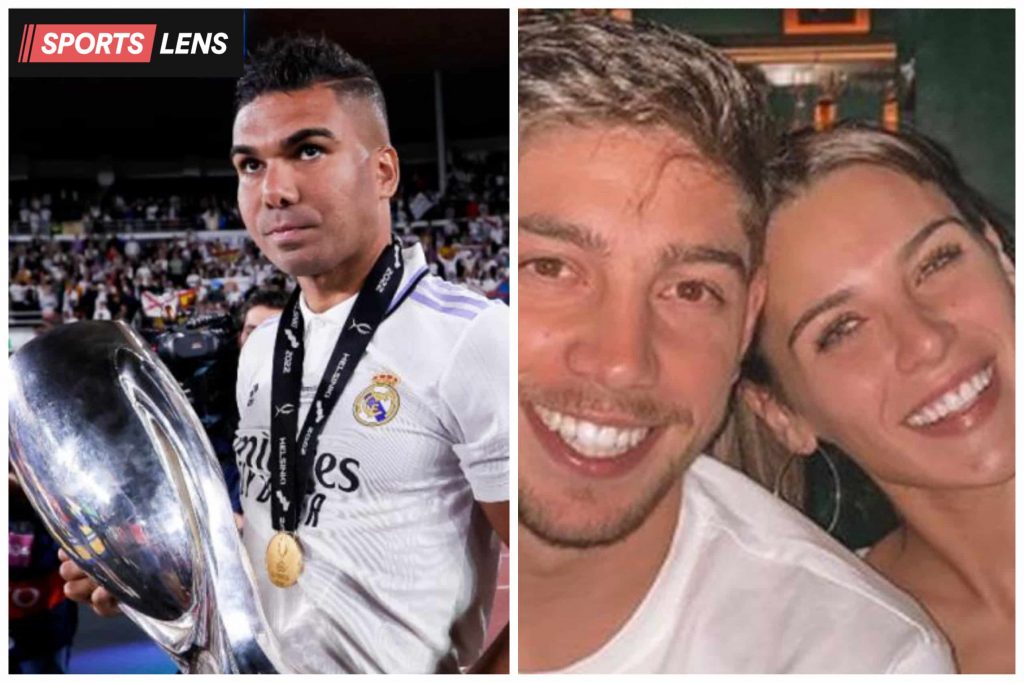 Casemiro has completed a quick-fire move to Manchester United in one of the more surprising transfers of the window so far.

The Brazilian is set have his current Real Madrid wages almost doubled to around £350,000-a-week, making him one of the highest payed players at Old Trafford.

Indeed, his calibre as a player commands such a wage, and at 30-years-old, he will set United back over £60million.

A five-time Champions League winner with Real Madrid, this move has certainly raised eyebrows among both camps with Los Blancos manager Carlo Ancelotti only made aware of his desire to leave just a few days ago.

However, it seems one of his now-former teammate’s girlfriends has chimed in with her thoughts over the transfer, and like everyone at Real Madrid, she is upset to see the Brazil international leave.

In a WhatsApp message to a team group chat, she said jokingly, “Gil de mierda! No te vayas,” which translates to “don’t leave, you s**t b*****d, in Spanish.

As mentioned, it seems his former manager is also baffled by his decision to leave the Bernabeau for a struggling United side after such a fruitful career.

The Italian said in a press conference; “after all, he’s done for this club, we need to respect his decision. Casemiro is leaving but we have a lot of resources to replace him.

“There is no turning back, Casemiro has decided to try a new challenge. We want to wish him the very best. Just yesterday I realised that Casemiro is leaving, but our plans don’t change – we’ll compete for everything with or without Casemiro.

“Casemiro’s teammates understand his decision, they respect it – it was his will to try a new challenge and we have to accept it. I can’t reply to why Casemiro traded European Champions for a struggling side, it’s his personal decision.”

A sly dig there from Ancelotti? Either way the Italian certainly has more than enough midfield talent to replace Casemiro, with the club splashing £80million on French prospect Aurélien Tchouaméni this summer.

While Casemiro won’t feature in United’s mouth-watering clash against Liverpool, it is worth checking our guide to the best football betting sites ahead of Monday evening.