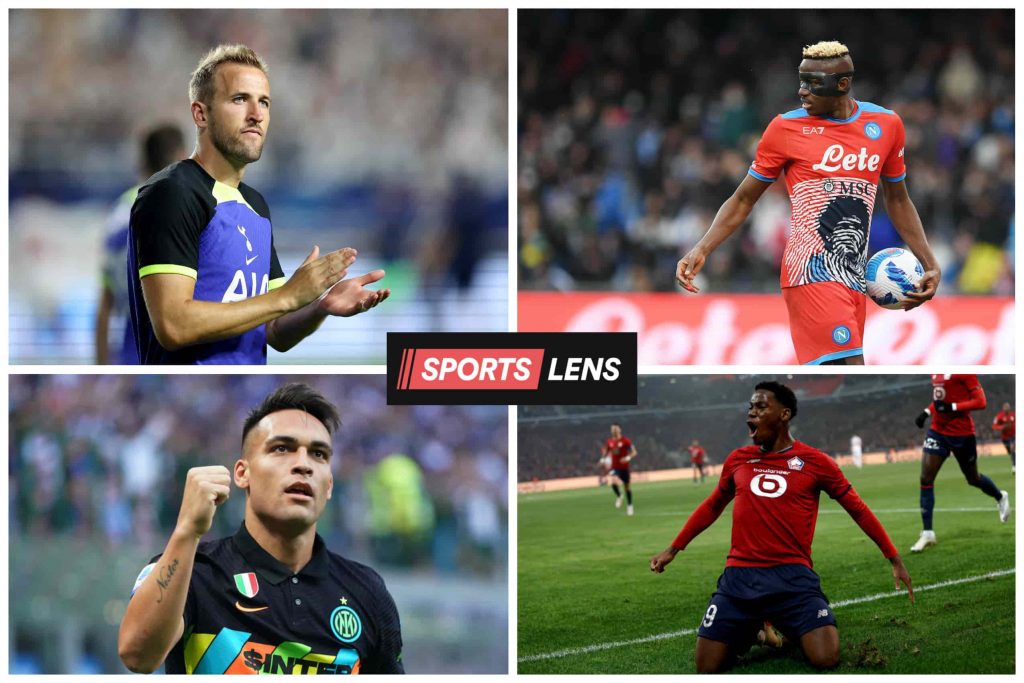 Robert Lewandowski’s departure to Barcelona was confirmed this week after 12 seasons in the Bundesliga, and as such, Bayern Munich have been tasked with replacing one of, if not the, finest striker of his generation.

While replacing a player who scored a breathtaking 344 goals in 375 games is a near-impossible undertaking, it will be interesting to see the type of profile the German champions will attempt to bring in.

While the Polish international undoubtedly defined an unprecedented period of dominance in Germany for Bayern Munich, they were right to sell him as he approached 34, even if they were reluctant to do so. £42.5m leaves the hierarchy with a substantial budget to finance a replacement, and while the arrival of former Liverpool winger Sadio Mane will add a serious goal threat, they are still left with a gaping hole in the middle of the attack.

For a side who have utilised the wide areas to great effect for a number of years, they will almost certainly be in the market for an out-and-out number nine.

The first name on our list is, much like Lewandowski, a rarity in the modern game where goalscoring wingers and false nines take precedent.

Tottenham’s Harry Kane was thought to be nearing the exit last summer as Manchester City attempted to haggle down chairman Daniel Levy, who remained typically stubborn over his prized asset.

Bayern’s Oliver Kahn on Harry Kane as target for summer 2023: “He is under contract at Tottenham. Sure, an absolute top striker, but that’s all a dream of the future. So let’s see what happens”, tells @cfbayern. 🔴 #FCBayern

The England captain went on to, once again, remind football fans everywhere of his calibre in front of goal, scoring 27 goals in all competitions.

Kane exists as one of the few strikers in world football who is capable of coming close to replacing Lewandowski, both as a major goal threat but also as a technically astute focal point off which others can benefit.

Bayern CEO Oliver Kahn recently described the 28-year-old as “a top striker” and a “dream for the future”, with the club said to be long-term admirers.

Although Inter Milan’s Lautaro Martinez has ruled out a move away from the San Siro this summer, he remains one of the most attractive options on this list and is almost certainly worth waiting for.

The Argentina international registered 25 goals and 4 assists for Inter last season, helping them in their unfortunate title push where they were pipped by rivals AC Milan on the last day.

He will turn 25 in August making him a perfect prospect to build for the future, and his versatility has allowed him to become incredibly interchangeable, operating anywhere across the forward line.

Bayern, particularly under manager Julian Nagelsmann, prefer to keep their play on the floor with quick incisive passes into the forwards. Lewandowski was masterful at controlling these before having the spatial awareness to either move the ball on to the wingers or take the shot himself.

These are qualities Martinez can also bring to Bayern.

The next option is the youngest player on this list, but Jonathan David is on every elite club’s shopping list this summer.

The 22-year-old has emerged as one of the brightest talents in Ligue 1 since making the switch from Gent in 2020.

David played a pivotal role in Lille’s title-winning season in 2021, scoring 13 goals on the way to the trophy, before racking up 15 league goals last term despite his team struggling to match the heights of the previous campaign.

He also scored nine goals in Canada’s World Cup qualifying campaign to help his country reach the World Cup finals for the first time since 1986.

Bayern are said to be one of the clubs interested in his services this summer along with the likes of Arsenal and Chelsea.

Although Napoli’s Victor Osimhen is of a slightly different profile to the others on the list, he would form a terrifying front three alongside Sadio Mane and Serge Gnabry should he make the switch to Bavaria.

After making a lasting impression with Lille in Ligue 1 18 goals, he earned a move to Napoli in 2020 for a club-record £68m making him the most expensive African transfer ever.

He has continued to go from strength to strength, scoring 10 goals in his first season in Italy before finding the net on 14 occasions last term.

Again he has attracted interest from around Europe and with three years remaining on his contract at Napoli, the 23-year-old would demand a substantial fee if he were to move on this summer.