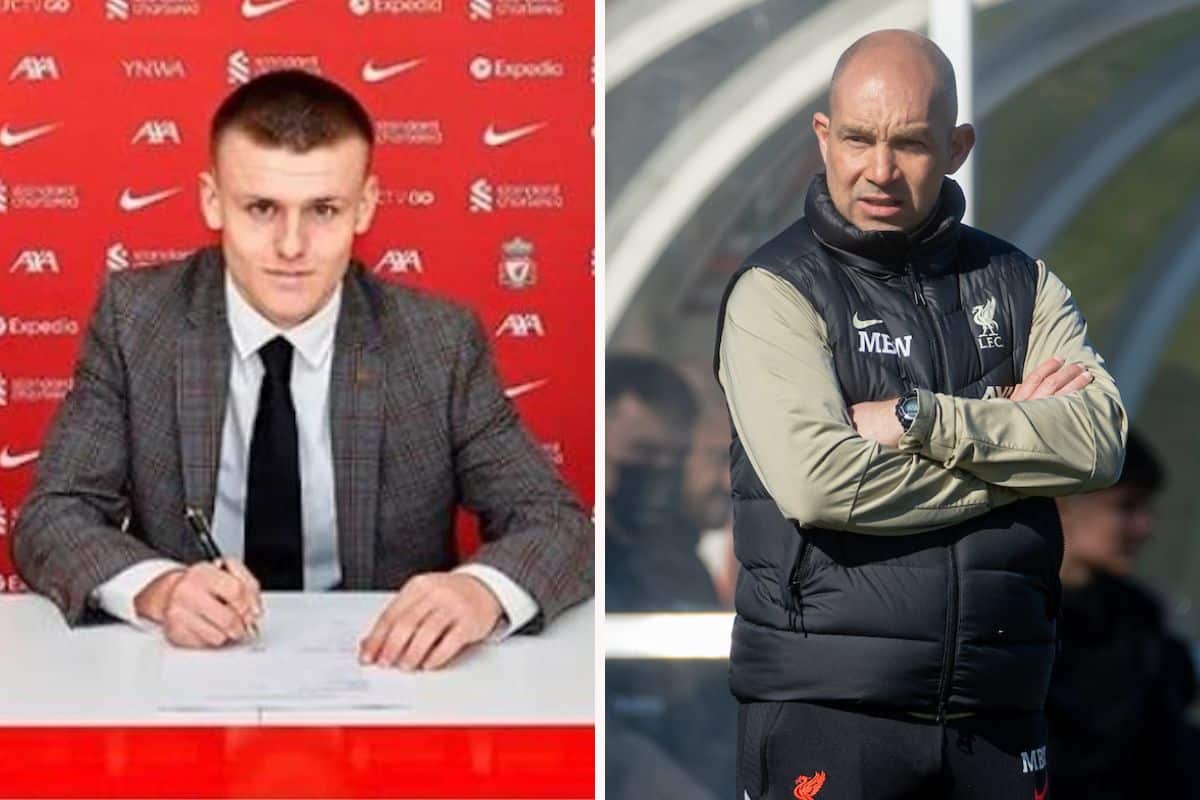 After hitting six in their season opener against Middlesbrough last week, Liverpool’s under-18s were brought back down to earth with a 2-1 defeat at Leeds on Saturday, but new signing Ben Doak continues to impress.

The Reds lined up with the same front four that combined so well against Middlesbrough. Ranel Young was in the No. 10 role once more, flanked by exciting summer additions Doak and Trent Kone-Doherty. Lewis Koumas was up top again, fresh from his four goals last week.

Kone-Doherty showcased his pace in the early stages after a clever turn took him away from two Leeds defenders, but his shot was lacking in power and accuracy.

Under-18’s debutant Fola Onanuga impressed in midfield, but it was Doak who really caught the eye again, creating a number of openings from the right wing throughout the half.

Reds goalkeeper Luke Hewitson was called into action twice towards the end of the half, in what was an evenly contested opening period.

It was a nightmare start to the second half for Liverpool, with the away side conceding two goals in two minutes, after some defending that left a lot to be desired.

Max McFadden, who saw an effort crash off the bar in the first half, slotted home the opener, before half-time substitute Charlie Crew volleyed home to make it two.

Koumas had a big chance to half the deficit soon after, only to be denied by a goal-line clearance, but the Reds were back in the game after the 62-minute mark, courtesy of the impressive Doak.

James McConnell, who was one of Liverpool’s standout performers, played an excellent outside-of-the-foot pass forward and Doak, who continues to look like a player who won’t be playing at this level for long, kept his cool to slot home.

That makes it three goals in his first two Liverpool matches for Doak, who got a taste of first team football with Celtic last season.

Despite their best efforts, Liverpool were unable to find an equaliser. Terence Miles went closest, heading just wide from a corner in the last 10 minutes, but the Reds were ultimately made to pay for the defensive errors at the start of the half. Next up, United!