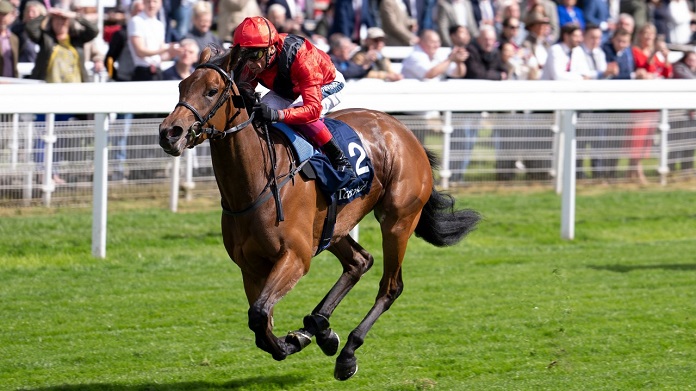 Westover and Emily Upjohn, both placed in Epsom Classics and engaged in the King George VI And Queen Elizabeth Stakes at Ascot this Saturday, could meet again later in the season after featuring among 27 St Leger entries.

The final Classic of the British horse racing season takes place on Saturday, 10 September at Doncaster over an extended 1m 6f. Only 20 can take their chance on Town Moor but, of those entered, a third hail from the powerful Irish yard of Aidan O’Brien.

The Ballydoyle battalions could be out in force for this Classic contest at Doncaster races with O’Brien winning it six times already in his illustrious training career. Dealing with his Leger hopefuls in alphabetical order, Curragh Group 3 winner Aikhal (12/1) and Anchorage (66/1) both have questions about the trip.

When the St Leger entries came out on 19 July, Bluegrass (25/1) hadn’t been seen on a racecourse since his keeping on third in the Dante Stakes at York in May. Ballydoyle’s best hope, according to the betting, is Royal Ascot winner Changingoftheguard at a top price 8/1. He bounced back there when just holding on in the King Edward VII Stakes from Grand Alliance.

Stanerra Stakes runner-up Emily Dickinson (25/1), one of just three fillies given an entry, didn’t seem suited by the drop back in trip when fourth in the Irish Oaks. Once-raced Martinstown (33/1) could be anything, meanwhile. O’Brien hopes to have Point Lonsdale (16/1) back for an autumn campaign but perhaps not this.

Completing the nine from Ballydoyle are United Nations (14/1), not seen since landing the Derby Trial at Lingfield Park races in May, and Limerick long-distance handicap scorer Waterville (as big as 40/1). O’Brien probably won’t run them all, yet he’s nothing better than the third-favourite according to the market.

That one is a notable absentee from 2022 St Leger entries for James Ferguson, who instead relies on El Bodegon (also 14/1) – a horse that needs cut in the ground. He was third in the Grand Prix de Paris, finishing ahead of Queen’s Vase victor Eldar Eldarov (10/1) for Roger Varian.

Godolphin’s other two engaged are Hafit (25/1), a narrow third in that Royal Ascot race, and Kempton maiden victor Al Nafir (also 25/1). The betting clearly suggests that both the boys and blue and O’Brien entrants have it all to do if those most fancied runners for the King George head to Doncaster later in the campaign.

Whatever happens at Ascot against older horses on Saturday, 23 July, both 2/1 St Leger ante post betting favourite Westover and Emily Upjohn (4/1) are strong stayers over a mile-and-a-half. This is something both have already proved. Connections clearly wanted to give both St Leger entries and the option to go up in trip.

Westover, who has since landed the Irish Derby in easy style, took third in the Epsom Derby beforehand when almost overhauling Hoo Ya Mal (20/1) close home. That one has since joined George Boughey after being sold and before going to Australia for next stage of his career. Taking in Doncaster first is on his agenda.

If Westover was a guaranteed runner in the Leger, then the advice would be back him now. Should he win the King George as expected, then the 2/1 won’t last. Although entered in the Great Voltigeur at my beloved York races during the Ebor Festival, owners Juddmonte will have greater expectations.

The lure of winning the Arc in the later Prince Khalid’s colours carried to victory in Europe’s richest race by Enable, Workforce, Dancing Brave and Rainbow Question, would be very tough for that operation to resist.

If the ground came up soft, which it can in early autumn, then El Bodegon interests me. On breeding, it looks a big ask but James Ferguson’s charge got a mile-and-a-quarter with plenty of cut as a two-year-old.

Godolphin’s bunch don’t leap out as having the required stamina, while the Ballydoyle bingo of multiple entries is a typical if pesky habit. Changingoftheguard and his front-running style of racing is a tough sell over this trip. Of the O’Brien St Legers, the most interesting for me are United Nations and Emily Dickinson. The latter’s summertime absence from the track is a concern, though.