The Liverpool squad is edging closer to full sharpness with a week-and-a-half to go until the start of the new season, and a trip to Salzburg comes next in pre-season.

The Reds are into the fourth stop of their summer tour, having arrived in Austria last week for a training camp that culminates with a visit to the Red Bull Arena.

Salzburg are the opponents for the fourth friendly of pre-season, after which Jurgen Klopp and his players will return to England ahead of a double-header of the Community Shield and a meeting with Strasbourg at Anfield.

That upcoming clash with Man City will serve as the biggest marker of Liverpool’s progress throughout the summer, and as such there has been a buildup of minutes in recent outings.

There is a chance, then, that the meeting in Salzburg brings the first full 90 of the summer. 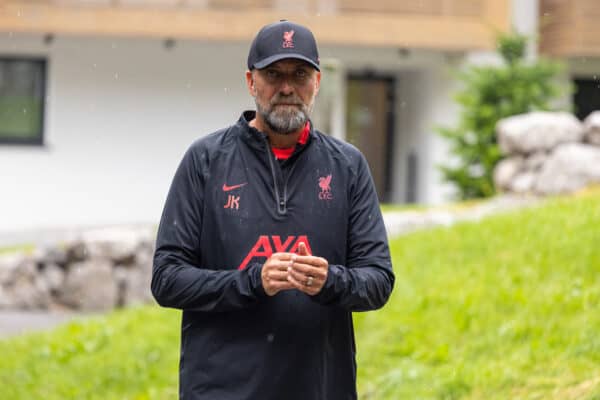 A 31-man squad travelled to Saalfelden for the Reds’ training camp, but only 29 of those were involved in an open session on Tuesday morning.

That included Alisson, who is still short of fitness due to an abdominal injury, with Calvin Ramsay and Kaide Gordon the two absentees with ongoing issues.

There was good news, however, with the return of Roberto Firmino who had missed previous sessions.

Caoimhin Kelleher, Alex Oxlade-Chamberlain and Diogo Jota did not fly to Austria.

Liverpool squad in training on Tuesday 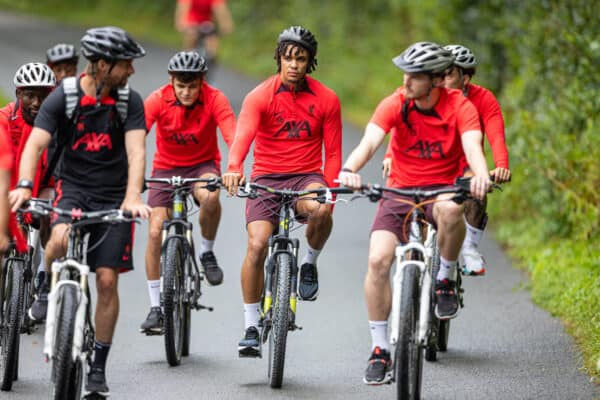 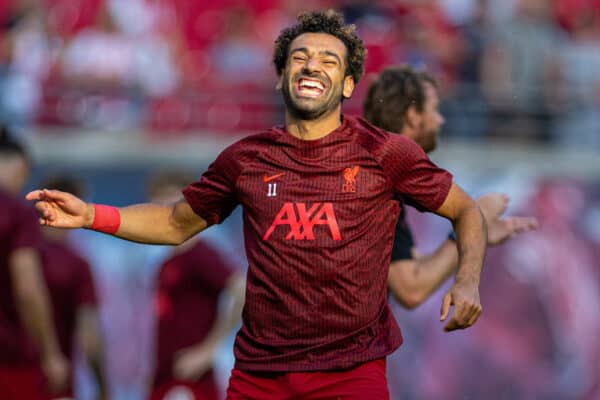 Three days before the Community Shield, this provides another valuable opportunity to rebuild fitness and sharpness, with the 5-0 win over RB Leipzig last week an indicator of the plans ahead.

Klopp fielded close to his strongest side in Germany, with seven of the 11 starters playing an hour while the others were given 45 minutes before changes at the break.

It is likely to be similar on Wednesday evening:

With those changes to the lineup from Leipzig, Liverpool would set up like this: 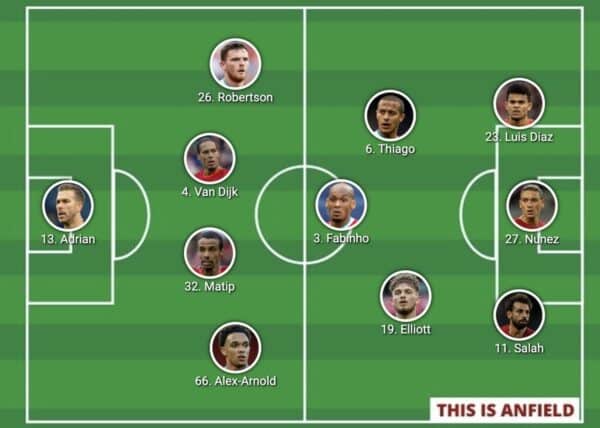 Later in the game there will be another chance for Klopp to reshuffle his ranks, though there is a possibility that at least one player could be given the full 90 minutes.

If that is the case, the most likely candidate is Salah, with the manager already remarking on his impeccable fitness earlier in pre-season.

But with 10 more changes to be made as the game goes on, this is how Liverpool could end up:

If those changes are made, the Reds could line up as below: 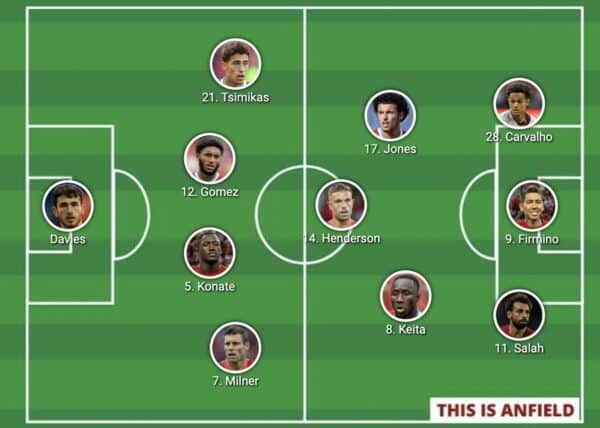 As ever, it is difficult to predict how Liverpool will take to the field for a pre-season friendly, but it will almost certainly be full strength when possible in these final weeks of the summer.

After a comprehensive victory over Leipzig, it will be another welcome test for the Reds against their Austrian counterparts.

Could we see another high-scoring evening for Darwin Nunez?